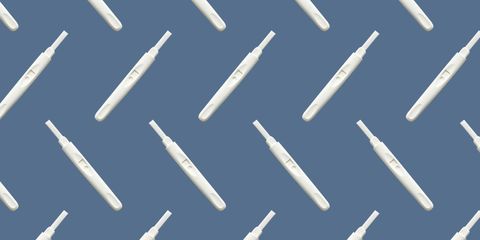 One in every three women around the world has been abused, beaten, or coerced into sex–most often by someone she knows. Aïssa, 15, lives with her daughter, mother, and her two sisters in a rural area in West Africa's Burkina Faso. Here, she shares her story.

All I'd wanted to do before that was go to school. But, my education took a different turn.

Back when I took my primary school exam, my teacher said he would only tell me my grade in person—my first indication that something wasn't right. I declined. But since he now had my number, he kept calling and asking me to come and see him. Each time, I said I wouldn't go.

Then one day, he threatened me and said that if I didn't come, he would sabotage my studies: grades, performance, everything. Education is a rarity in my country—especially for girls. Most families are too poor to afford school for their children and I didn't want to jeopardize my luck. So even though I was frightened, I went to meet him at school one day. Then he raped me.

I didn't tell anyone. I knew—even at 14—that no one would believe me. He was a male teacher with all the authority of the school behind him. I was just a young girl with a "story."

Later, I learned I was pregnant—my parents noticed a change in my appetite, my body, and called it out to me. I finally broke down and told them why.

The last time I saw my teacher was outside the local police station after my parents reported the assault. He was suspended from his job for one year for raping me. That's it. Meanwhile, I was about to live with the consequences of the assault forever.

My parents and his parents agreed that his family should take care of me until the delivery—we didn't have the money for all the healthcare I suddenly needed in addition to money for school. Faced with no other options, I was forced to move in with my rapist's family for five months. They paid for my school fees and his mother took me to doctor's appointments, but they never actually gave me money for anything—not a cent. Not even for new clothes as I got farther along.

"I was forced to move in with my rapist's family for five months."

After my daughter Fati was born, I went back to living with my parents, but they didn't see me the same way. My father, weirdly, became very distant. Before I was raped, my father took it as a point of pride that I had everything I needed: money for school, new clothes, etc. But after the baby came, he stopped paying for school—he stopped paying attention to me period. These days, he doesn't even want to see me.

Sometimes I feel like he blames me for being assaulted.

Now I live with my mother, my daughter, and my two younger sisters. Without my father's financial support, I've stopped going to school—a major setback in the future I had so wanted for myself.

"I wanted to be a mother—but not now. And not like this."

Most days, when I wake up in the morning, I bathe Fati and then I make some pancakes to sell. I don't make a lot of money—it's barely enough for us to survive. When I'm finished, I help my mother do some farming—she has a small plot where she grows some vegetables for us to eat and sell. I carry my baby with me the whole time.

I'm not happy as a mother. Motherhood is really painful to me because I'm reminded of all the options—avenues for my life—that were taken from me without my consent. Once when I was raped, and again when I conceived.

Now, when I see my friends going to school, it devastates me to see everything they have: They are still studying, still getting good grades, still making a future for themselves.

I wanted to be a mother later—but not now. And not like this.

The story is part of #childmothers, a global initiative between Plan International and United Nations Population Fund (UNFPA) to inspire support for young mothers and to prevent very early motherhood.