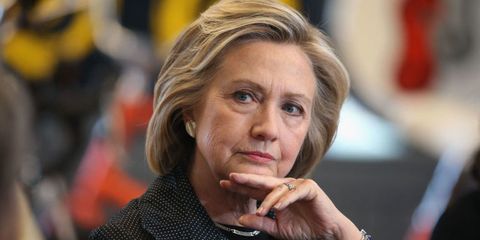 The FBI has announced its plans to investigate whether there was classified information in additional emails from Hillary Clinton's private email server. With just 11 days left until the general election, the news could give new life to Donald Trump's flagging campaign.

In a letter to Congress on Friday, FBI Director James Comey said:

In connection with an unrelated case, the FBI has learned of the existence of emails that appear to be pertinent to the investigation. I am writing to inform you that the investigation team briefed me on this yesterday, and I agreed that the FBI should take appropriate investigative steps designed to allow investigators to review these emails to determine whether they contain classified information, as well as to assess their importance to our investigation.

Comey added that he wasn't sure whether the material in the emails would be significant or how long the investigation will last.

In July, Attorney General Loretta Lynch closed the year-long investigation into Clinton's use of a private email server while she was secretary of state. At the time, Comey said Clinton and her aides had been "extremely careless" in their handling of classified material, but there was no evidence that they intentionally mishandled it.

The Clinton campaign did not immediately respond to an email seeking comment.