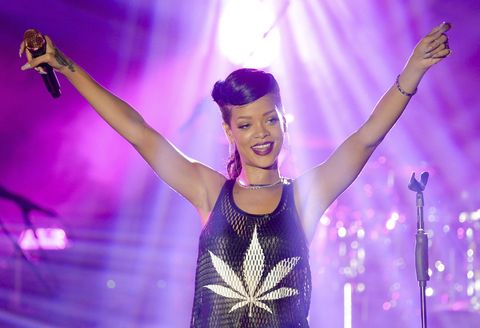 Marijuana is going mainstream. Now that 18 states allow its medicinal use and Colorado and Washington have legalized recreational pot smoking, the plant is no longer strictly the domain of Bob Marley-themed head shops. It's both an alternative medicine and a big business — in Colorado alone, medical marijuana is a $200 million industry.

The unexpected driving force behind the new culture of cannabis? Women. Female voters, historically hesitant to back drug reform, are behind it now in greater numbers. Their support helped pass the initiatives in both Washington and Colorado (where 50 percent of women backed legalization). And now women are active in all areas of the industry, too. They're lobbyists and pols working to reform drug laws; growers and dispensary owners; and consultants, accountants, and attorneys for the industry. Here's the scoop on four of the most influential women in cannabis:

What she does: Holds workshops to help cannabusinesses (the insider term for pot-related companies) navigate complex state and federal laws.

Why she does it: "Marijuana is a Schedule 1 narcotic — to the government, it's more dangerous than heroin or cocaine. Every year, 850,000 people are arrested for marijuana-related offenses. For me, this isn't about whether people can smoke marijuana; it's about justice."

What she does: The primary drafter of Washington state's recently passed Initiative 502. "Our ads talked about how keeping marijuana on the black market means sending money to Mexican murderers."

Why she does it: Most of her clients during her decade as a defense attorney were low-level drug offenders. "I saw families torn apart and lives destroyed."

What she does: Runs this 5-year-old business college and trade school for marijuana growers and cannabusiness owners.

Why she does it: "In my previous job as a medical marijuana consultant, I saw patients who once needed 40 bottles of pain pills go almost medicine-free, thanks to cannabis."

What she does: Runs a laboratory that tests medical marijuana so patients know how much to take.

Why she does it: "The patients keep me here," she says. "I test for a little girl with epilepsy. Thanks to a high-cannabidiol oil she takes, she no longer needs pharmaceutical drugs."