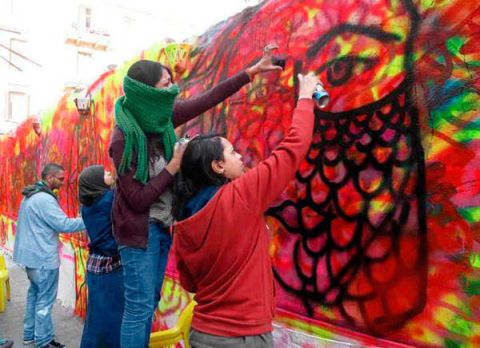 Courtesy of the Subjects

Egypt's walls are talking, thanks to Swedish journalist and photographer Mia Gröndahl and Egyptian writer Angie Balata, who, in early 2013, formed a network of graffiti artists called Women on Walls. Sixty artists travel to cities like Luxor, Alexandria, and Cairo to paint murals that call for increasing the political, social, and economic empowerment of women in Egyptian society. They're now preparing for a festival in Jordan this fall where other women from across the region will join their efforts. "The idea is to create a space to talk about women's issues and, at the same time, give female graffiti artists room to develop and grow," Balata says. "Having these illustrations in the public sphere definitely makes people stop and think."