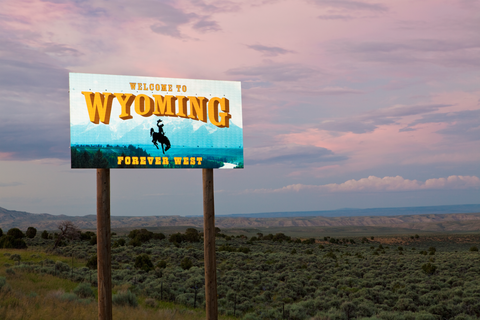 Whether you're staring down 30 and starting to get a little twitchy with wedding anxiety or you're proudly independent and DGAF, your stance on marriage could have a lot to do with geography.

An extensive analysis of data studied by a team of Harvard economists shows that there's a correlation between the county you grew up in and your chances of being married by the age of 26, the New York Times reports.

Being raised in super Republican and traditional parts of the country, like Mormon Utah, southern Idaho, and southern Missouri, increases your likelihood of getting hitched early on. On the other hand, liberal hot-spots like Chicago, Boston, New York, and Los Angeles breed socially-progressive millennials who are less keen on settling down.

In the South, there's also an interesting class divide component, as the rich are more likely to marry by their mid-20s than their less wealthy counterparts.

Across the board, though, those who grew up in small towns are also more likely to get married than those who were raised in cities. So us New Yorkers are gonna be single gals forever, is that what you're saying, Harvard? Whatever, we like it that way.

You can check out this interactive board to see the specific data for your hometown here.