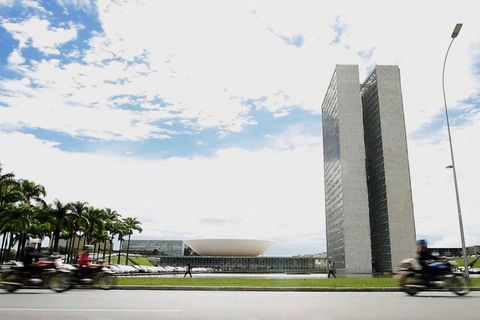 Every kind of beauty. This is what the L'équipée girls are looking for in Brazil.

"We are not just interested in women's physical beauty," says Cecile. They want to discover the country's many kinds of beauty, whether it is through the strength of its women, its works of art, its food, the diversity of its landscapes or the small gestures that show how Brazilians relate with each other. In their ten days on the road, the girls have come across each of these kinds of beauty, guided by the people they have met in Rio and Minas Gerais. After having recharged in the thermal waters of Araxa, they leave the mountain landscapes of Minas Gerais to rally the great Cerrado plains and the country's capital - Brazilia.

Out on the highway, Cindy, Pauline, Louise D, Cecile and Louise B stay extremely focused on safety. "There are a lot of trucks, and they think they can behave like motorbikes!" explains Louise D. The girls are constantly checking on each other, keeping an eye out for even the slightest slip-up.

In Love with Oscar Niemeyer's

In Brazilia, the girls are fascinated by the beauty of Oscar Niemeyer's architecture, and charmed by this futuristic city that seems to have sprung out of nowhere. "I love this architecture, Niemeyer really is one of the greatest," says Louise B, who was married to an architect for seven years. "It reminds me of my favorite building, the Dhaka Congress in Bangladesh, designed by Louis Khan."

It's pouring rain. At the first hint of blue sky, the girls seize the opportunity for a memorable ride in this science fiction environment, before taking a break on the Congress' huge lawn and enjoying Brazilia's sky for a few minutes. Usually renowned for its infinite horizon, it looks closer to the ground. "This great open space reminds me of the Champs de Mars in Paris, at the foot of the Eiffel Tower," observes Louise D.

Self Confidence Through Capoeira

Later in the day, the L'équipée girls explore the outskirts of the city. In a satellite town called Varjão, they met a very special Capoeira group: The Nzinga. The Zilda Arns's nursery yard provides them a free space to practice the roda (capoeira ring).

The Nzinga was the first Capoeira Angola group in the country to have a master, Master Janja, who lives in Bahia but had been in Brazilia with the group until the day before the girls' visit. Despite this inconvenience, there were many other women, men and children with whom the girls were able to learn how to play!

To the beat of the Berimbau, the girls take turns jousting with a Brazilian capoeirist. The generation mix really caught Cecile and Louise D's attention. "In France, children don't play sports with adults," Cecile said. "Imagine how cute it was when a super young child corrected my movements! It was so special. Capoeira, as I understand it, is about releasing your body and maintaining your concentration," said Louise D. Pauline overcomes her shyness and gets in the ring. Guided by her partner and carried away by the music, Pauline quickly gains in confidence and shows surprising talent as she repeats her movements. Her ease is a beautiful thing to see. "It's like sex," she says, "where two bodies need to be in the same rhythm."

A Brief History of Capoeira

Capoeira is a Brazilian cultural practice born in the slave quarters, when the slaves practiced their fighting skills to protect themselves against the violent farm foremen. Aware of this, the foremen applied harsh punishments whenever they caught anyone training. As a result, the slaves started disguising it as a dance, adding music and other movements. Capoeira was forbidden in the country until the 1930s, when President Getulio Vargas declared it Brazil's national sport after watching a performance. On November 26th, 2014, the UNESCO gave this sport the special status of "intangible cultural heritage of humanity", as it represents the struggle and resistance of black Brazilians against slavery. 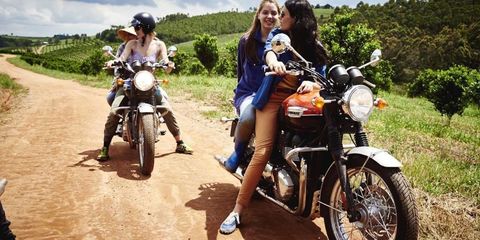