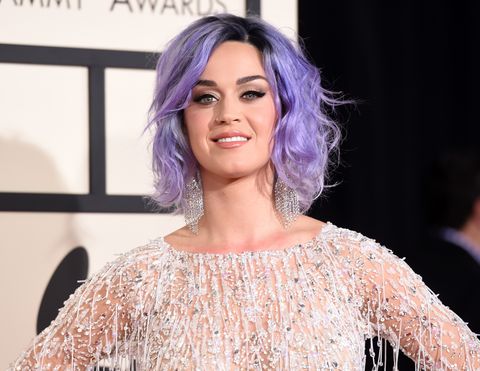 Katy Perry has finally responded to plastic surgery rumors, denying that she's had any work done. In an interview with Refinery29, the singer opens up about the negative stigma around plastic surgery and how she feels it's slowly disappearing.

"I haven't had any," she said about plastic surgery. "I've done lasers and got [filler] injections under my eyes for the hollowing—which I'd recommend for everyone who wants a solution for their dark circles—but all of my assets are real. People tend to think they are fake, but it doesn't really matter."

The singer—who's often been speculated for having work done—wants everyone to know that even if she had, it would be okay.

"We're getting away from that negative stigma about physical alterations. Of course, always be your authentic self, but if someone wants a nose job that makes them feel better, and they love their profile more because of it, it's like 'Go ahead!'" she said. "Do whatever makes you feel better about yourself."

Other celebrities like Chrissy Teigen, Ariel Winter, and Iggy Azalea have openly admitted to having plastic surgery.

Alex Warner
Advertisement - Continue Reading Below
More From Beauty
The 3 Lipsticks I Have In Rotation Right Now
Why Using a Product With Peptides Is Worth It
Created for From Marie Claire for Created by Marie Claire for
StriVectin Peptight
Advertisement - Continue Reading Below
Line Edit: Eyeliner Trends That Are High Drama
Black-Owned Beauty Brands You Need to Know
The Body Lotion Your Dry Skin Has Been Craving
Know the Signs That Your Makeup Has Expired
Kendall Jenner Has Rapunzel Hair On 'Garage' Cover
WORTH IT: Royal Fern Skin Perfecting Essence
Blonde vs. Brunette: Celebs Who Made the Switch
My Top 3 Favorite Lipsticks Right Now