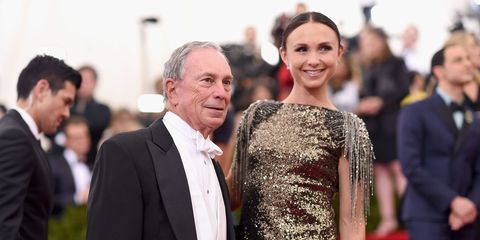 "With great power comes great responsibility" doesn't just apply to Peter Parker. Whether their fathers are famous actors or oil kings, these daughters are leveraging their heritage through activism and philanthropic contributions that raise consciousness (and cash) for timely causes.

The daughter of Paul G. Getty, once the Guinness Book of World Records' richest private citizen alive, she's the heiress to both the Getty Oil Company and many of her father's philanthropic endeavors, including art museums and community centers all over California.

Holly Branson is the daughter of billionaire daredevil Sir Richard Branson. A high achiever from the start, she graduated from medical school and worked in the neurology department of Chelsea and Westminster Hospital before joining her father's Virgin Group empire, made up of more than 400 companies.

Despite her privileged upbringing, Branson has also inherited her father's humanitarian heart: She travels all around the world in support of charitable causes.

Inspired by her parents' successes and philanthropic endeavors—her father was once the richest man in the U.K.—Ecclestone leverages her background to benefit others, working closely with well-respected charities like Great Ormond Street Hospital, Starlight, and the Dog's Trust, for which she has raising £2 million over the last two years. Ecclestone also launched Tamara Gives Back in 2008 with all proceeds going to a new Children's Kidney Centre at Great Ormond Street Hospital.

Following family tradition, the actress, model, lifestyle blogger, and publishing heiress is a passionate philanthropist and a Smile Ambassador for Operation Smile, an international medical charity dedicated to improving the lives of children from more than 60 countries by providing free surgical procedures for facial deformities.

Surprise! Unless you've ever watched her show, in which case you'd know that the celebrity chef is the daughter of successful actors—and that her maternal grandfather Dino De Laurentiis was a prolific movie producer. De Laurentiis is passionate about alleviating hunger around the world, which is why she also joined Oxfam America to draw attention to the growing problem of rising food costs and the hunger crisis worldwide. She is involved with Oxfam's programs to provide financial assistance to small-scale farmers around the world.

Nope—she's not only made billions from acting alone. Like her father William Louis-Dreyfus, the chairman of an energy company, Julia has followed in his footsteps of making charity work one of her priorities. Along with Healthy Choice and the ConAgra Foods Foundation, she donated $250,000 to Feeding America, which will provide more than 1.75 million meals to children and families in need. As for her other main interest—protecting the environment—she leads by example, living in a reclaimed-wood house powered with solar energy and driving an electric car

Often called "The First Lady of Football," Baroness Brady is the daughter of businessman and former chairman of English Football League, Terry Brady, and an English sporting executive, politician, television personality, newspaper columnist, author and novelist. In 2002, at 23 years old, she became the first woman to become director of Birmingham City F.C. in the top flight of English football when the team was promoted.

In 2012, she launched her own range of women's business attire with the money going to charity. She is also an ambassador for Barclays Lifeskills, which aims to offer young people workplace experience.

Emma Bloomberg is the daughter of New York City mayor Michael Bloomberg, and the founder and majority owner of Bloomberg L.P., a global financial data company. Aside from helming her father's company, she is now the Senior Planning Officer for New York City's Robin Hood Foundation, a foundation dedicated to ending poverty, and is also a contributing board member to the Young Lions of New York Public Library and Stand for Children.

The only child of Shiv Nadar, founder of HCL Technologies Limited, a multinational IT services company, Nadar serves as executive director and CEO of HCL Corporation, and is responsible for the $6.3 billion company's strategic decisions. But philanthropy is also a priority—her initiatives have included the creation of VidyaGyan schools in Uttar Pradesh (serving 200,000 children), SSN Institutions in Tamil Nadu, and Shiv Nadar University, an international multi-disciplinary university located in Greater Noida. She was also involved in a joint initiative with the Rajiv Gandhi Foundation to promote the education of Dalit and Muslim girls in remote regions.

As the daughter of the former Iranian ambassador to the U.S. under the late Shah, Nina Ansary has witnessed her homeland radically change, and with it, the lives of its women. In light of daily violations against women's rights in Iran, Ansary has harnessed a global platform of over a quarter of a million followers within just two years that gives women's activists in Iran a voice in the West.

Ansary's multiple award-winning book, Jewels of Allah: The Untold Story of Women in Iran, has been hailed as the seminal work to explode stereotypes about Iranian women, with 100 percent of proceeds donated to charities supporting women in Iran, including the OMID Foundation, shortlisted for the 2016 Civil Society Charity Award.

When your dad is Bernard Arnault, CEO of the Louis Vuitton Moet Hennessy Group, it's like dream job, done. But as the only woman on the board of directors, she's doing much more than just skating by. Shirking the spotlight, Arnault is considered LVMH's main talent scout and the driving force behind its recent investments, creating the annual LVMH Prize for young designers, offering a lifetime opportunity to international talent without restrictions on nationality or residence.

The daughter of Spanish nobility, Koplowitz is a philanthropist and businesswoman, running one of the leading Spanish construction companies in the world. She dedicates most of her time, however, to the Esther Koplowitz Foundation, which pursues a multitude of charitable endeavors: care for the elderly and mentally ill, education, culture, the arts and sciences, and environmental protection and sustainability. For her work, Koplowitz has received many awards, among them the Great Cross of the Order of Civil Merit and the Gold Medal of Civil Order for Charitable Acts.

You know her from Law & Order and Heroes, but the actress' passion lies in hitting the road as an American Red Cross volunteer spokesperson. (For context, her dad is a big-deal corporate lawyer and partner at Duane Morris, one of the world's highest ranked law firms.) In the past, she's spread the word about the resources ARC provides, particularly for victims of home fires.

She has also teamed up with women's footwear brand Therafit to raise funds for the American Cross and is involved with Global Green, Right Action for Women, Step Up, and St. Jude Children's Research Hospital.

The daughter of Lady Annabel Vane-Tempest-Stewart and financier Sir James Goldsmith, Jemima Khan is a British-Pakistani campaigner and journalist. (Specifically associate editor of New Statesman and the European editor-at-large for Vanity Fair.)

As the president of the Jemima Khan Foundation, she also supports various social and political causes: She established the Jemima Khan Afghan Refugee Appeal to provide tents, clothing, food, and healthcare for Afghan refugees at Jalozai camp in Peshawar. She became an Ambassador for UNICEF UK in 2001, and went on field trips to Kenya, Romania, Bangladesh, Afghanistan, and Pakistan. *And* she's promoted UNICEF's Breastfeeding Manifesto, Growing Up Alone, and End Child Exploitation campaigns in the U.K. Whew. 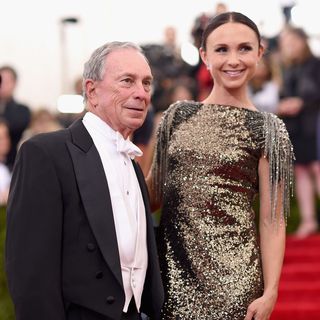 Advertisement - Continue Reading Below
This content is created and maintained by a third party, and imported onto this page to help users provide their email addresses. You may be able to find more information about this and similar content at piano.io
More From Money & Career
140,000 Jobs Were Lost In December—All Women's
Allison Statter Is More than Kim Kardashian’s BFF
Advertisement - Continue Reading Below
Questions to Ask During a Job Interview
The Woman Behind Thousands of Small Business Loans
Created for From Marie Claire for Created by Marie Claire for
Bank of America
You Can't Pick Produce on Zoom
How to Afford the Freelance Life
Freelance With Benefits? You Bet.
How to (Mentally) Make the Be-Your-Own-Boss Move
The Gray-Area Economy
Black Women Are Making Their Own Space In VC