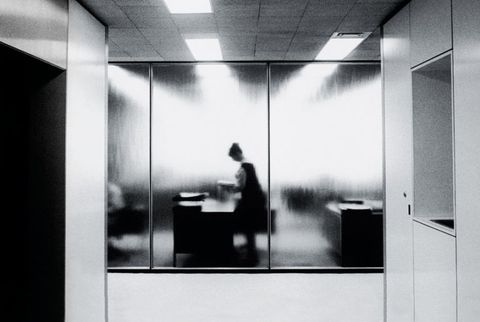 When the chief executive of Liz Pardue's company, a small New Jersey — based health consulting firm, held an impromptu meeting to announce that a new boss would be taking over Pardue's department the following day, she was jolted. "My stomach flipped," says the 35-year-old nutritionist. "From Day One, my old boss respected me. She even created a new position just for me. I had no idea what it would be like under a new boss." Still, she knew she needed to ingratiate herself, so the next day Pardue marched into her new manager's office with a portfolio of all her recent projects and laid out her responsibilities. She also figured it would be a good time to lobby for more money for her strapped department. Pardue's new boss grimaced, then explained that he was looking to make cuts, not budget increases. "We didn't click," Pardue confesses. "I argued too much, and that rubbed him the wrong way." She was let go in a matter of weeks.

Are there any other work scenarios more fraught than the arrival of a new boss? It may be even worse than you think. According to researchers at New York University Stern School of Business, it takes less than 30 seconds for first impressions to form. The real shocker: These snap judgments are far more nuanced than initially thought. In just a few moments, a new acquaintance will have sized up your competence, trustworthiness, and likability. And because the average American worker will encounter 10 or so new bosses over the course of her career, odds are good she'll be on the receiving end of some of these career-altering quickie assessments. That's especially troublesome, since it's incredibly hard to repair a bad first impression. Scientists call the phenomenon "confirmation bias": Every interaction after the first is used to confirm your boss's original opinion of you, whether accurate or not.

"You should be trying to impress me, but some employees see it the other way around — that I should be trying to convince them that I deserve to be here," says Vicki Lambton, 37, a project manager who recently took over a 20-person fashion website based in Los Angeles. During her first week on the job, Lambton says that some staffers called out sick, which she interpreted as a sign of disrespect. Others hung back, talking with her only if she called them in for a meeting. "It felt like staffers who didn't take any initiative in getting to know me were unfriendly, had something to hide, or were resentful that I was hired," she says.

So what should you do if there's a new boss in charge? Within a few days of her arrival, make a 10-minute appointment to introduce yourself and tell her what you do at the company, advises Michael Watkins, author of The First 90 Days: Critical Success Strategies for New Leaders at All Levels. During that time, be sure not to trash-talk her predecessor or your colleagues, even if it's under the guise of "I'm so glad you're here to fix things" niceties. "You may feel that dishing about others creates a bond between you and the boss, that you'll become her confidante, but actually, she'll read it as you trying to shift blame," Watkins says. "Instead, without naming names, point out the top two opportunities and problems you see. But be sure to offer feasible solutions. That way you're not seen as a complainer."

One typical mistake employees make is assuming that they can have the same rapport with a new boss that they enjoyed with the old one. It rarely ever works out that way. "Ask the new boss directly how she prefers to be communicated with — via e-mail, phone, or in person — and how often she wants to be filled in," Watkins suggests. "Letting the boss know you're happy to do things on her terms sends a powerful signal."

At her weekly team meetings, Jane Shapiro, a 26-year-old publicist for a New York publishing house, would have to update her former supervisor, a notorious micromanager, on all the details of her projects, no matter how mundane. But when a new boss took over, Shapiro e-mailed her to ask what kind of updates she'd prefer, and learned that she only wanted to be kept abreast of problems. "So at the meeting, I got right to the point and briefly explained the one project I was having trouble with. She thanked me and moved on," Shapiro says. "Other people droned on about every single item, and I could tell the new boss was getting anxious — she was tapping her pen and sighing loudly." Some of Shapiro's colleagues just couldn't adapt to the new management style and were either let go or excluded from plum projects. The takeaway: Get over it — fast. "Even if it's not how I would choose to do things, I was always chipper about switching to the new boss's ways," Shapiro explains. It paid off. Three months later, she was promoted.