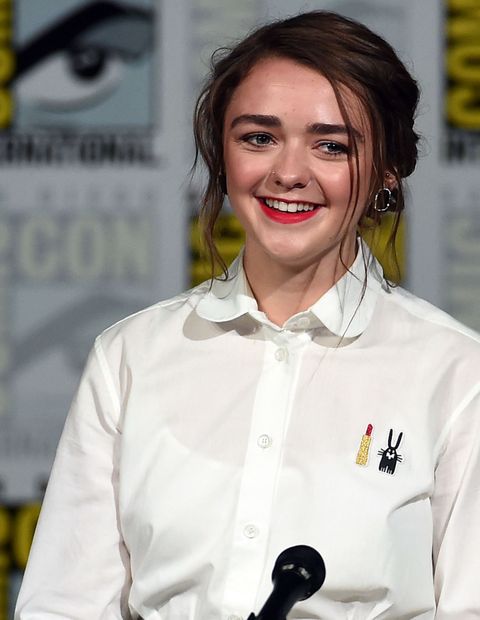 Hollywood is getting a lesson in sexism courtesy of Maisie Williams.

The Game of Thrones star shared her concerns about gender equality in the entertainment industry in a new interview with the Evening Standard. And she's made some *very* valid points.

"There are a lot of roles that come in that are 'the girlfriend' or 'the hot piece' in a movie or TV series," she explained. "That's something I've seen first-hand and read all the time. It will say 'Derek: intelligent, good with kids, funny, really good at this' and then it will say 'Sandra: hot in a sort of cute way' — and that's all you get. That's the way your character is described, so going into an audition you are channeling 'hot,' which isn't like a person, that's not who a person is."

At just 18 years old, wise-beyond-her-years Williams is ready to see a shift in the roles being offered to women.

"That's what I see and that's what needs to change," she said. "I've been lucky enough to play a very great female character from a young age, who is a fantastic role model for girls. I just hope that if we stop playing those characters, they'll stop being written."

"It's a very big thing to say for me," the actress added with a laugh, "On behalf of all the women in this industry."

But who better to hear it from than Arya Stark herself?