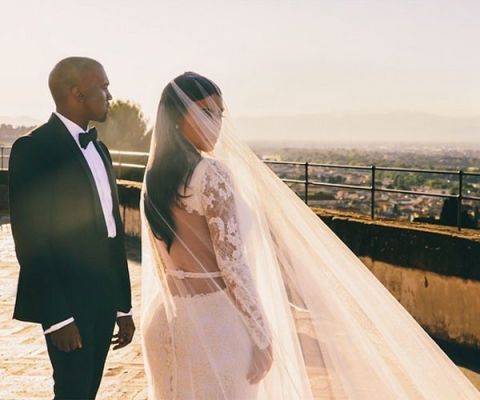 Kim Kardashian is truly an anomaly. She's been Paris Hilton's assistant, a tenured reality star, and a fashion icon. Not to mention, a ridiculously successful business woman. She has clothing lines, makeup, self-tanner… you name it, this woman has created it and made billions off of it. She still holds the record for most likes on Instagram and her fans, followers, and haters alike fawn over her. every. move.

Kanye has gone on record countless times declaring his distain for her "less than" status. He argued, "There's no way a Kim Kardashian shouldn't have a star on the Hollywood Walk of Fame. Everyone is so dated and old-fashioned." And honestly, I think he's right. Kim Kardashian has achieved massive fame, and holds actual stake in pop culture happenings around the world every single day. So much so, that the clothes she wears sell out, her hairstyles are copied, and songs are written about her. As Kanye West so eloquently said, "It's really just about dopeness at the end of the day." Here, I detailed ten famous songs, the lyrics of which immortalize the phenomenon that is Kim Kardashian.

All I can say is, respect.

I just want to take you out and show you off

You already know that you the perfect one

Girl when I'm with you, feel like a champion

People trying to hate on you

At least you know that's nothing new

Stop everything you're doing now

Cause baby, you're awesome

Look here you act a fool and do the Kim Kardashian,

You know these chicks right here with me

So why you keep on askin 'em

You know she got a body that should be in maximum

Ya dudes better catch up quick, trick, she talk slick

Her body thick she shaped just like a bumble bee

Or Kim Kardashian, be a lady at, it

You know what's a crazy thing?

Some girls'll make you wait longer than A.C. Green

When she kiss, a down ass chick like Lil' Kim

She ready for the camera Kim Kardashian

Sayin ain't that Kardinal on the TV, you see me

"Knock You Down" by Keri Hilson Feat. Kanye West

You was always the cheerleader of my dream

That seem to only date the head of football teams

And I was the class clown that always kept you laughing

We were never meant to be baby we just happened

She so beautiful… from behind

I got so much swag

Swear she got a nice hair

And I'll admit, I had fell in love with Kim

Around the same time she had fell in love with him

Lucky I ain't had Jay drop him from the team

"Girl I Got You" by Young Money

You keep me motivated

If we had a team

I'd be Reggie Bush you'd be Kim Kardashian

Your body so amazing

And when I'm not witcha

I'm on my iPod bumpin' "Forever My Lady" I love ya

And this is an added bonus: