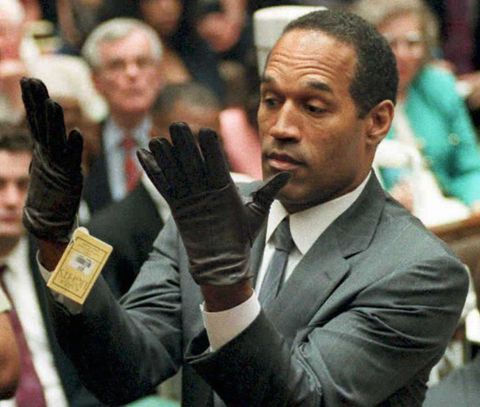 Robert Kardashian confirmed that O.J. almost took his own life in Kim's bedroom during a circa 1996 interview he did with Barbara Walters from Kim's bedroom. So meta.

"I saw [him] wrapped in a towel, a gun. I didn't know what to make of it, I was stunned," Robert said. "He said 'I'm gonna kill myself.' I said 'O.J., I could never walk in this room, my daughter couldn't sleep in this bed. She'd know what happened here."

Looks like The People v. O.J. Simpson is keeping it pretty real, though they did take some liberties with 13-year-old Kim's room. Tragically, those Joey Lawrence and Jonathan Taylor Thomas posters were the result of Ryan Murphy's imagination—which means Kim probably wasn't a JTT fan-girl at heart.