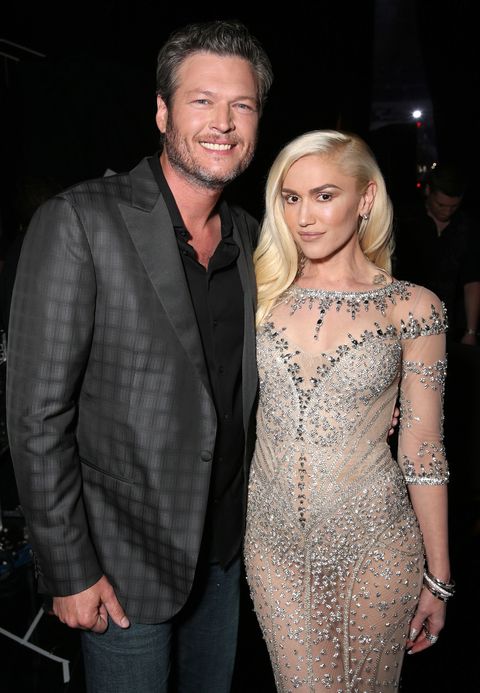 Between the music-video love letters and googly eyes and volleying ballads, it's like, "We get it, Gwen Stefani—you and your 'coworker' Blake Shelton LIKE-LIKE each other." But despite their very frequent, very cute PDA, Gwen Stefani would like you to know that no, she's "absolutely not" engaged.

"Can you imagine the amount of gossipy, weird stories people make up?" she said during an interview on 94.7 Fresh FM's The Tommy Show on Wednesday. "To me, it makes me laugh every day. I actually do Google my name just so I can see the next one that will happen. It's gotten so out of control. The best part about it is that it's hilarious, the worst part about it is that some people actually believe that stuff, that's what's funny."

The lady doth protest too much? But true—the ink on her divorce settlement with Gavin Rossdale hasn't even dried yet, so just cool it, radio guy.