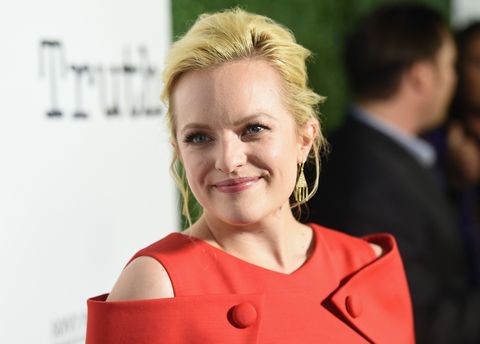 Typhoid Mary isn't exactly the most popular woman in history, probably thanks to the fact that she gave a bunch of people Typhoid fever. Like, thanks Mary! However, most people don't know the real story of Mary Mallon (yeah, she has a real name!), and Elisabeth Moss is here to change that.

Moss will star in BBC's upcoming Fever, which tells the story of Irish cook Mallon, who was said to be the first known carrier of Typhoid fever. But the thing is, she was immune to the disease despite being a carrier, and had no idea she was spreading it. And she denied any wrong-doing until her death.

Mary Mallon institutionalized on Brother Island, where she was forced to stay from 1914 until her death in 1938.
Getty Images

"I look forward to telling this story about one of the most infamous women in America, 'Typhoid Mary,' a woman whose true tale has never been told," Moss tells Variety. "She was an immigrant in turn of the century New York, a time of huge change and progress in America. She was incredibly unique, stubborn, ambitious and in fierce denial of any wrongdoing until her death where she lived out her days imprisoned on an island just off of the Bronx in NY. She is incredibly complicated, something I seem to enjoy playing."

This story deserves to be told, and will hopefully inspire people to ask themselves: has history (written largely by white men, BTW) simply pegged the blame for an entire illness on a woman without actually taking the facts into account?