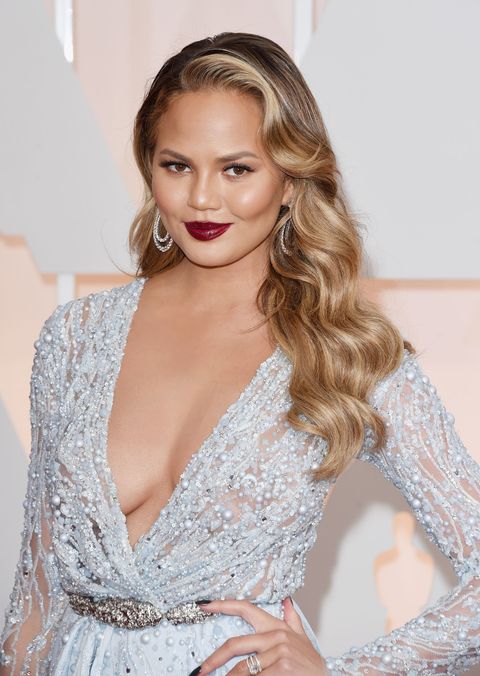 After months of epic trolling and LOL-worthy shade, Chrissy Teigen has joined the select group of individuals who have been blocked by Donald Trump. AKA the former reality star who is our president. AKA the guy who just decided trans people can't serve in the military. Yeah, him.

Teigen broke the news in the above tweet, and then opened up about the blocking to People—saying "it's been a long time coming." Truer words:

"I have been very anti-Trump since The Apprentice, like when it first started, so it didn't start during the presidency like everyone thinks. This goes pretty deep. And I don't even follow him so I'm definitely fine being blocked. There's just this part of me that's so happy that he had to actually do that. It's just funny."

Mehera Bonner Contributor Mehera Bonner is a news writer who focuses on celebrities and royals—follow her on Instagram.
This content is created and maintained by a third party, and imported onto this page to help users provide their email addresses. You may be able to find more information about this and similar content at piano.io
Advertisement - Continue Reading Below
More From Celebrity
Surprise—Halsey Is Pregnant With Her First Child
Um, Why Is the Weeknd's Face Bloody and Bandaged?
Advertisement - Continue Reading Below
Your First Look at Kristen Stewart as Diana
47 'Friends' Facts Every Superfan Should Know
Eugenie Shared a Rare Candid Snap With Her Husband
Why Serena Didn't Want Olympia to Play Tennis
J.Lo Talked Botox Claims: "Don't Call Me a Liar"
Kate Has Her Own Direct Line to the Queen
Megan Thee Stallion’s Hottie Bootcamp Is Intense
Katie Holmes' Mango Puffer Coat is a Winter Staple