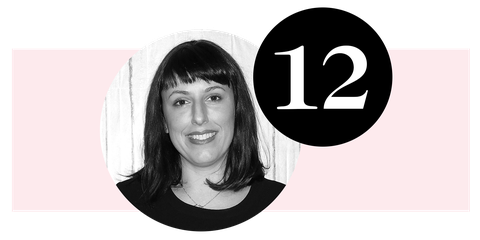 Women had informal networks to keep each other safe, and as long as half the population is attacked and harassed with impunity, I’ll support creative efforts to give women a heads-up about potentially dangerous men. For too long, women have been silenced—by the media who didn’t believe them, by the criminal-justice system that let their abusers go free, and by a culture that blamed them for the violence someone else enacted against them.

For a lot of us,whisper networks are our only recourse.

I’ve heard from men nervous about the anonymity of such networks; they’re concerned about false accusations.

I have a hard time finding empathy for worried men. False accusations are rare. What’s more common is women with credible allegations being disbelieved. Where’s the concern for them?

Women have been afraid—rightly so—for decades. Given how much abuse and harassment is tied to entitlement, perhaps the problem is that men haven’t been afraid enough.

The truth is whisper networks were never meant to be the end-all solution for harassment and abuse; they’re triage.We just want to stop the bleeding. And no matter the critiques,these lists seem to be working. Though the most famous list that made its way around media circles, “Shitty Media Men,” wasn’t meant to be public, enough people saw it that many of the men listed have since been fired. Not without cause, not without proof—the list was a first step that sparked investigations.

Of course anonymous lists aren’t the best way to get justice for victims. Of course women should be able to use the systems implemented by workplaces, the courts, and the government. But we know the reality is much more somber: These institutions have failed women again and again. Until the systems we have in place protect women, women will protect themselves however they can.

Jessica Valenti founder of Feministing.com and author of Sex Object.