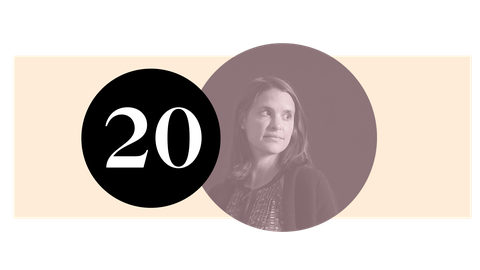 What does Anna Karenina have in common with Jean M. Auel’s The Valley of Horses? It’s not an extensive list, but both novels rely on transgression as a narrative engine. For her desperate affair with Count Vronsky, Anna pays with her life. (I’m pretty sure Ayla fares better, but not before being raped by Neanderthals and spending a long time alone in a cave.)

The forbidden makes good art for the same reason it makes good sex: because a great deal is at stake, because there’s a price. It’s not enough, though, to say that artists can paint it and write it as long as they don’t do it; the line between “good” transgression and “bad” isn’t so neatly drawn. For this reason, attempts to ban books or throw paintings out of museums miss the point.

We need more transgressive art, not less, but we need it from underrepresented quarters. Keep James Salter’s A Sport and a Pastime on your shelf, but make room for Maggie Nelson’s The Argonauts next to it. Let’s have new work that questions the old. Things can only get sexier from here.

Nell Freudenberger is a novelist and author of The Newlyweds.

This content is created and maintained by a third party, and imported onto this page to help users provide their email addresses. You may be able to find more information about this and similar content at piano.io
Advertisement - Continue Reading Below
More From Culture
'Ginny & Georgia' Season 2: Everything We Know
Get to Know Courtney From Season 2 of 'The Circle'
Advertisement - Continue Reading Below
'The Circle' USA Is Actually Filmed In the U.K.
The 25 Hottest Movies on Hulu Right Now
There's a UK Version of 'The Circle'
Bethenny Frankel Is Minding Her Own Business
The Top-Grossing Book-to-Movie Adaptations
Historical Films to Stream If You Loved 'Hamilton'
A Look Back at Princess Anne's Life in Photos
Is Jack From 'The Circle' Cousin Greg?