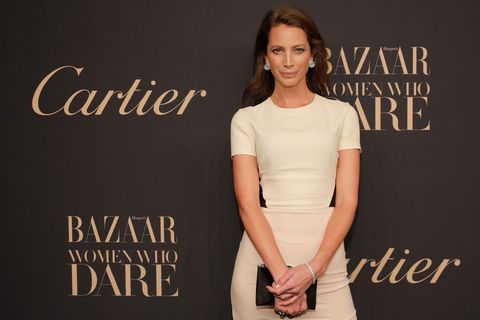 The day I became a mother was also the day I became a maternal health advocate. After a healthy pregnancy and a birth that went exactly the way I'd hoped, I was unprepared for everything to change in a heartbeat. My placenta wouldn't detach, and I hemorrhaged. I didn't know it at the time, but this happens every day to women all over the world.

If you live in a country where skilled midwives and doctors are plentiful and you deliver in a well-staffed and stocked health care facility, as I did, then chances are you'll be fine. If you live in a country where most women deliver at home without a skilled attendant or in a facility where staff members don't have the skills or supplies to treat you, then you may join the ranks of the 287,000 women who die every year from entirely preventable or treatable complications. I was one of the lucky ones, and I realized I had been given a great opportunity to serve other women and make pregnancy and childbirth safe for every mother.

"Every two minutes, somewhere in the world, a mother dies from complications related to pregnancy and childbirth."

After my daughter's birth, I researched the multidimensional physical, social, economic, political, and cultural conditions that cause women to have poor maternal health. I learned that every two minutes, somewhere in the world, a mother dies from complications related to pregnancy and childbirth. I learned that in some parts of the world the main barrier is transportation, while in others it's lack of education, medications, or trained staff. In some cultures, women aren't allowed to seek medical care without permission, and in others they can't access family planning. I learned that child marriage, female genital mutilation, and teen pregnancy are all directly linked to maternal death and that when mothers die in childbirth, they leave, on average, four orphaned children. It was a steep learning curve that helped me decide the direction I wanted my advocacy to take.

I created a documentary, No Woman, No Cry, that highlighted the maternal health crisis from the perspectives of mothers and health care providers in four countries, including the United States. I wanted audiences to resonate with the fact that while 99 percent of maternal deaths occur in developing countries, 800 mothers per year die right here in America, where we rank sixtieth in the world for maternal mortality.

The documentary was released in 2010 to audiences who were enthusiastic about helping find solutions. That's why I founded Every Mother Counts, a nonprofit organization focused on raising awareness about maternal health and mortality, funding grants that make a direct difference in improving maternal health and providing opportunities for people to get involved.

Currently, Every Mother Counts funds grants and projects in seven countries to address three main barriers that impact maternal health and health care everywhere—lack of transportation, education, and training, as well as supplies. We are addressing one or more of these gaps in Malawi, Uganda, Indonesia, Haiti, India, and the United States and will continue to identify and support programs that are designed to make services accessible to mothers around the world.

"We already have the treatments, medications, and therapies necessary to prevent up to 98 percent of maternal deaths."

As daunting as the statistics are, we know that we already have the treatments, medications, and therapies necessary to prevent up to 98 percent of maternal deaths. We just need to make the health and lives of girls and women a priority. Every Mother Counts believes that together we can make pregnancy and childbirth safe for every mother.

Printed with permission from
The Mother and Child Project: Raising Our Voices for Health and Hope
.

Christy Turlington Burns is an advocate for maternal health. She is the founder of Every Mother Counts and the producer of No Woman, No Cry, a documentary about the problems of maternal health in the developing world.