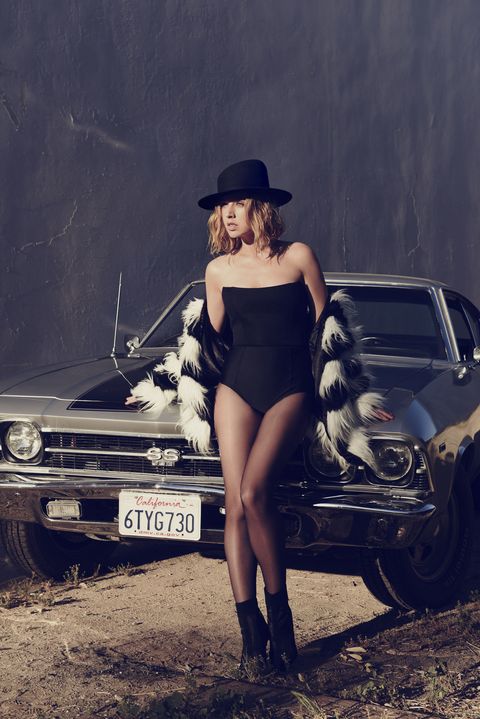 ZZ Ward, AKA Zsuzsanna Eva Ward, spent her youth digging through crates of her father's blues collection and brother's hip-hop records. So, needless to say, she's got soul—and just as importantly, the pipes to back it up.

Infusing blues rock with neo-soul and a dash of hip-hop swagger, Ward broke onto the scene three years ago with her critically-hailed debut album Til the Casket Drops. Attracting major names in the rap game such as Kendrick Lamar and Freddie Gibbs, it was unlike anything the folk scene had seen before. And the same can be said for her new EP, Love and War, which drops August 28, as well as her next full album This Means War (due out March 2016). How can we be so sure?

We've got first-listen dibs on one of the most robust tracks on her new  EP, "Marry Well," and it's an audacious, devil-may-care anthem for independent women everywhere.

"A lot of the singers I grew up listening to were strong, empowered women," explains Ward. "I was inspired by women like Etta James and Tina Turner to be bold and honest in my own life and music. When I wrote 'Marry Well' I wanted to impart my own message of strength and independence to others."

And for Ward, this attitude is fluid no matter what she's up to.

"As an artist always on the road or in the studio, I'm constantly trying to find that balance between work and love and giving as much of myself as I can to both without sacrificing my own identity," she adds.

Listen to the groovy ballad in full below, and remember, ladies: "Go on girl, give 'em hell."

This Means War is now available for pre-order and comes with first access tickets to her "Love and War Tour," which kicks off later this month.

Brian Bowen Smith
This content is created and maintained by a third party, and imported onto this page to help users provide their email addresses. You may be able to find more information about this and similar content at piano.io
Advertisement - Continue Reading Below
More From Culture
The 'Who Killed Sara?' Cast: Your Complete Guide
The 'Paradise City' Cast Plays Trivia
Advertisement - Continue Reading Below
Sad Movies for When You Need a Good Cry
What Happens When Prince Philip Dies?
Photos of Prince Philip with His Grandchildren
The Queen and Prince Philip's Marriage Timeline
'Too Hot to Handle' Is Coming Back This Summer
The New Netflix Original Films You Can't Miss
The Good and the Bad of Mom Influencing
Is Concrete Cowboy a True Story?