Rachel Coloyan screamed one morning in February 2016 as her body began to shake. Coloyan, then 23, started having seizures that month, but the cause remained a frightening conundrum that blood tests, MRIs, CT scans, and a team of physicians had failed to unlock. Before the mysterious condition began, Coloyan, a Florida native, had loved horseback riding, hiking, and traveling. That all changed in 2012, as she was preparing for her second year of pre-med studies at the University of West Florida in Pensacola. When climbing a flight of stairs, she was struck with overwhelming dizziness. “From that day on,” Coloyan says, “I was never the same person.” She began “blacking out,” racing out of classes to vomit, and dragging a chair into the shower to avoid prolonged standing. Eventually, her mobility diminished so much that she had to move in with her parents so they could care for her. “Thousands of dollars in medical bills later, no one could tell me what was happening,” she says.

The turning point came in the summer of 2016 when Coloyan discovered a Facebook group full of women with whom she shared two common denominators: They were all sick—in fact, they had remarkably similar symptoms—and they all had breast implants. All along, Coloyan had thought she was alone in her suffering, but here were thousands of women gripped by the same maddening chokehold. “I’d been desperate for answers for so long,” Coloyan says. “When I found the group, I finally felt closer to having them.”

The members are convinced they have a condition dubbed breast implant illness, despite being disclaimed by most medical professionals and having little to no credible science to support it. The illness is believed to be an immunological response to chemicals in implants, with common symptoms including mental confusion, blurry vision, debilitating joint and muscular pain, chronic fatigue, and hair loss. Now, after years of being dismissed, the women think their activism has captured the attention of the Food and Drug Administration (FDA), which is investigating the dangers of the devices.

The Facebook group, called Breast Implant Illness and Healing by Nicole, was started in 2015 by Nicole Daruda, who had her implants surgically removed, or explanted, in 2013 after suffering for years from all of the common symptoms as well as recurring infections, sudden allergies and rashes, and kidney problems. The relief she felt propelled her to help other women discover the same solution. “Implants steal our health, our life, our beauty, and our wealth,” she says. The Vancouver Island–based Daruda, 54, believes the community, which now counts nearly 80,000 members with some 100 additions a day, is “directly responsible” for the FDA looking into implants—generating such buzz that the agency is no longer able to “minimize or hide problems associated” with devices. “The community allowed us to organize formidably to force them to acknowledge the true risks,” she says.

People need to know that putting foreign objects in your body is always a gamble.

In March, the FDA issued a statement about the potential problems with implanted devices. “A growing body of evidence suggests that a small number of patients may have biological responses to certain types of materials in implantable or insertable devices,” the agency wrote. (The FDA declined to be interviewed.) Further, with regard to illness, it said, “While the FDA doesn’t have definitive evidence demonstrating breast implants cause these symptoms, the current evidence supports that some women experience systemic symptoms that may resolve when their breast implants are removed, referred to by some patients and health-care professionals as breast implant illness. … Women considering breast implants should be aware of these risks.” It also said the FDA will now require manufacturers to file individual medical device reports, which will be made publicly available.

Eric Wright, M.D., a plastic and reconstructive surgeon in Little Rock who performs as many as 10 explantations a week, says he has discussed the illness with fellow physicians. “We all feel a bit stuck in the mind-set that says, ‘If this truly exists, there has got to be data to support it,’” he says. “There are no randomized control or double-blind studies that we know of, but I don’t think that discredits the claims.” Although he still performs augmentations and believes most women will never have problems, Wright says sufferers shouldn’t be dismissed. “People who dismiss breast implant illness either have not seen these women or do not want to believe what they are saying,” he says. “These women have no reason to make these symptoms up; they just want relief.”

Coloyan says she has no doubt her implants were to blame for her declining health. After weeks poring over the Facebook group, she had her implants removed in September 2016.

Her mobility returned, and over time the seizures vanished. The now-27-year-old finished her bachelor’s degree and spent a month backpacking in southeast Asia. Today, Coloyan is thrilled the FDA is exploring correlations between implants and illness. “I’m happy they are finally looking into this serious issue,” she says. “The medical industry can no longer turn a blind eye; people need to know that putting foreign objects in your body is always a gamble.”

Correction: A previous version of this article incorrectly stated the requirements of medical device manufacturers to the FDA.

This article originally appeared in the July 2019 issue of Marie Claire. 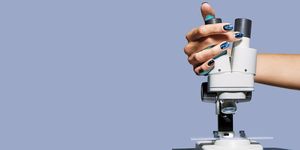 Women Are Dying Because Doctors Treat Us Like Men
This content is created and maintained by a third party, and imported onto this page to help users provide their email addresses. You may be able to find more information about this and similar content at piano.io
Advertisement - Continue Reading Below
More From Health & Fitness
Frida Mom Ad Shows the Struggles of Breastfeeding
Considering Changing Up Your BC? Read This First.
Created for From Marie Claire for Created by Marie Claire for
Twirla
Advertisement - Continue Reading Below
Texas DV Shelter Destroyed by the Winter Storm
What We Know About the B.1.1.7 Variant
The “Invisible Disability” You’ve Never Heard Of
Why I Got the COVID Vaccine at 32 Weeks Pregnant
Power Pick: SoulCycle's At-Home Bike
Yes, You Should Be Taking a Probiotic Every Day
The Best Workout Apps for Women Who Want Results
Pilates Mats for Crushing Your Fitness Goals With