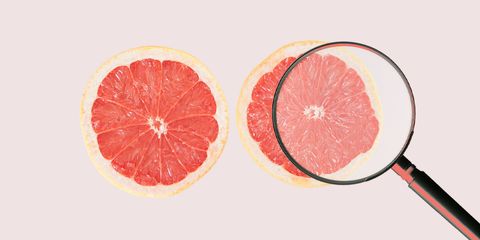 Earlier this year, days before my parents embarked on a four-week cruise around South America, my mother sent an email to our family that included the line: "By the way, our wills are in the safe. Just in case we don't make it."

My parents—retired lawyers—have always been highly pragmatic about their end-of-life planning, so I brushed the comment aside. "Morbid much, Mom?" I wrote back. "Have a great trip!"

Not until after they had returned from their adventure did I realize her pessimistic aside could have meant something other than falling off the Lido deck. Within a few days of my parents' homecoming, she called me to break the news: She had experienced bleeding from her breast that alarmed her the day before they were scheduled to depart, but had decided to continue with her plans rather than rush to the emergency room. When she returned, she went to the doctor, who sent her in for a biopsy.

Mom and me together in Bilbao, Spain, pre-diagnosis.
Courtesy of author

Confronted with the dreaded c-word, I immediately went into a tailspin of panic. I hoped and prayed that they had caught it early, but it still shook me to my core. I imagined my mother having to go through months of radiation or chemotherapy, a double mastectomy, and then, well, I didn't even want to imagine what could happen next. On the other side of the country, she was feeling the same unnerving fears.

The doctors came back later with a complete diagnosis: ductal carcinoma in situ (DCIS), or stage zero—a form of cancer in which the cancerous cells are contained to the breast ducts and have not spread to the surrounding tissue.

I had heard of nascent cancer cells from my many years of pap smears—"changes to the cervix" was a phrase that my gynecologist had always warned me about. Friends had dealt with cancerous cervical cells using cryotherapy, literally freezing the offending cells off one-by-one.

But the fact that it can happen to breast tissue was news to me, despite the fact that it turns out to be quite common—the American Cancer Society expects 63,410 new cases of carcinoma in situ, or stage zero, to be diagnosed this year.

Naturally my mom was bombarded with questions. Mostly from me. What, exactly, is stage-zero cancer? Why had we never heard about it? What is the prognosis? How is it treated? What's the chance of survival?

Susan Brown, M.S., R.N., senior director of health education at the Susan G. Komen Foundation, helped break it down for me, explaining that cancer equals any cells that are growing without control. In the case of stage zero, the duct tissue of the breast contains the abnormal cells. Once the cancer spreads to other areas, it's redefined as stages 1 to 4. Only 40 to 50 percent of stage zero cases move on to more advanced stages after being detected. And, Brown says, researchers are developing new ways to detect which cases are most likely to progress into aggressive forms of cancer, and which forms can be treated with less aggressive treatments.

It turns out to be quite common—the American Cancer Society expects 63,410 new cases of stage zero to be diagnosed this year.

If caught at stage zero, the prognosis is excellent: Roughly 95 percent of patients are still living 10 years after their initial diagnosis. Then again, this form of cancer is typically too localized to generate any symptoms. My mother was alarmed because her main symptom—leakage from her breast—was alarming and hard-to-ignore. But usually stage zero would have to be detected on a routine mammogram.

Because of this, stage zero often goes unnoticed until it has moved into more advanced stages, particularly in younger women for whom mammograms are not generally recommended (their denser breast tissue leads to a higher risk of false positives). Even women in their 40s—who are usually covered for routine mammograms—have a false positive rate of roughly 16 percent, according to the University of California San Francisco. A false positive can lead to unnecessary anxiety or invasive testing procedures—but younger women are, of course, diagnosed with breast cancer every day.

Mom & me wine tasting in Napa.
Courtesy of author

Liz Buscema of Kearneysville, West Virginia, was 33 when she was diagnosed with stage zero breast cancer in 2009. She and her husband were trying for a second child when she felt a lump in her breast tissue accompanied by moderate pain. A nurse practitioner at one of her doctors' offices said she was "too young to worry about it," recalls Buscema. But months later the symptoms had not disappeared—in fact, they'd gotten worse. She says she still probably would have brushed it aside if not for the fact that her mother had been diagnosed with breast cancer the year before. She consulted a doctor, who sent her off for a mammogram.

"If it hadn't been for my mom, I never would have thought of cancer at all," Buscema says. It's a good thing she did: Even though her cancer was caught at stage zero, tests indicated that the it was aggressive in nature. Due to her family history, Buscema's doctors recommended a double mastectomy, and Buscema has now been cancer-free since her diagnosis eight years ago. 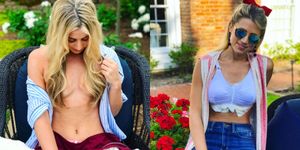 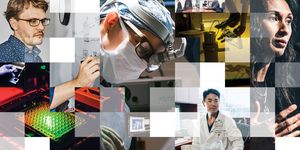 This Is How We\'ll Beat Cancer 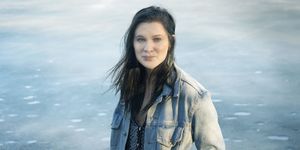 If You Care About Women\'s Health, Watch this Video

Doctors are getting better not only at detecting the stage of cancer, but the type, which creates better outcomes for patients. My mother opted for a lumpectomy, since her strain of cancer is non-aggressive. She's currently recovering from surgery and is expected to continue her trips around the world as a retiree—she already has a vacation to Germany planned before she begins her radiation treatment. And because she was post-menopausal when she developed cancer, her doctors insist that it's less likely to be due to an inherited pre-disposition, which means my own risk hasn't risen.

For women under 40, like myself, the key is to not worry but to be vigilant if anything seems amiss. If you feel a bump, lump, or any other unusual changes to your breast, it's always good to get it checked out. As my mom puts it, "Shit happens when you get to be my age"—and here's to being more knowledgeable and empowered about our bodies along the way.