It wasn't supposed to be this hard. At 31, Jourdan Fairchild was well ahead of the dreaded let's-not-even-mention-it-again fertility cliff that doctors place somewhere around age 37. Her periods, even without the pill, showed up like clockwork. She had a history of perfect paps, a steady supply of prenatal vitamins in her system, and even the primo sperm of a young oncologist (her husband of three years). But after 10 months of calculated sex (and one gut-wrenching early miscarriage) there was still no bun in her oven.

As friend after friend seemed to get knocked up in a night, stress mounted. "I started reading voraciously about fertility," says Fairchild. "That's when I stumbled upon acupuncture as a possible treatment. When you're desperate to get pregnant, you'll try anything. I went for it."

Fairchild is a part of a particular club: healthy women in their 20s and 30s who aren't yet candidates for IVF (their docs say they haven't tried naturally for long enough or fertility test results show everything is normal) but—in the age of Prime shipping, Slack, and Uber—don't want to spend another emotionally fraught month waiting for magic to happen. "It's a part of our culture; we want things when we want them," Fairchild explains. So, to grease the fertility wheels, a number of women are turning (back about three millennia) to acupuncture.

At the YinOva Center in New York City, director Jill Blakeway, a doctor of acupuncture and Chinese medicine, says patients span the fertility spectrum: She gently taps needles into women who aren't even trying for a baby yet but "want to get their body in the best shape to conceive, almost like a little boot camp," along with those who've already sobbed through multiple failed rounds of IVF. "I've seen women who've been given up on, but then we get their body into balance, and sure enough, healthy bodies end up having healthy babies—sometimes in ways that are quite mystical."

One of her patients, filmmaker Penelope Jagessar Chaffer, says she tried unsuccessfully to have a second baby naturally for six years. She signed up to see Jill on a weekly basis at age 40 and became pregnant within a few months. "It doesn't make sense in our Western medical minds," says Chaffer. "And I don't want to sound 'woo woo' or out there, but when she put the needles in me I felt these little dings or electric currents. Something was going on in my body that I don't have the words to explain."

According to Traditional Chinese Medicine, acupuncture does more than just restore Qi (AKA "body energy"). "It can boost fertility by increasing blood flow to the uterus, believed to create a stronger, healthier uterine lining for the embryo to grow on," Blakeway explains. Other potential solves: Acupuncture may regulate hormones including gonadotropin (which affects ovulation rates), steady your menstrual cycles, and correct some of the "smaller glitches or imbalances that may gang up on your baby-making prowess, like inflammation, which can affect the way an egg follicle develops in the ovary," says Blakeway. Inflammation is also thought to upset the balance between reproductive hormones progesterone and estrogen, and swelling in the uterine lining can make it harder for an embryo to implant. 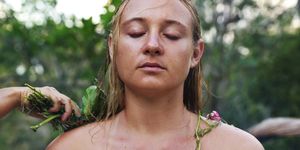 Why Young Women Are Turning to Shamans 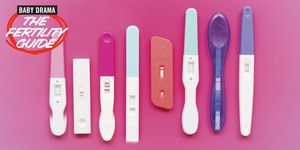 It's also really tough to double-blind acupuncture studies, which is how research is often rendered legitimate. (Alas, most of us know when we're getting poked with a needle.) "We tear our hair out trying to study it; creating sham acupuncture usually creates a form of acupuncture. Plus, so much of its effectiveness depends on the clinician," says Blakeway.

Even without definitive data, a number of fertility doctors find that the treatment's a value-add. NYU Hospital even makes acupuncture available right in their fertility center. "When a woman is struggling, we want all hands, eyes, and ears on deck. I've seen women respond better to IVF while doing acupuncture, and I've seen women who've stopped all Western treatments for infertility because they're exhausted and then try acupuncture and get pregnant. Maybe that would have happened regardless, we don't know," says Sheeva Talebian, MD, a reproductive endocrinologist at the Colorado Center for Reproductive Medicine in New York City.

As a benign intervention with few, if any, drawbacks, Dr. Talebian sees acupuncture as a solid first line of defense. "In Western medicine, for better or for worse, we can be pill pushers, but there are downsides to treating infertility too early," she offers. For example, she says prescribing Clomid, a popular fertility drug that stimulates the ovarian follicles to release multiple eggs at once, can result in twins, which are higher-risk for both the mother and the fetuses. "Are we starting to intervene and create anxiety when we don't need to?" she asks.

While acupuncture has long been touted as a way to reduce anxiety, that's not what's at issue here: "We offer acupuncture because it helps patients navigate the complexities and stress of 'What if I never have that baby?' but stress isn't the reason you're not getting pregnant," says James Grifo, MD, director of the Fertility Center at NYU Langone Health. Seriously—the whole 'just relax and you'll get pregnant' thing is a myth. Most infertility stems from poor-quality eggs, sperm, or anatomic factors like blocked fallopian tubes. Run-of-the-mill work stress isn't a roadblock to those two pink lines. (Bouts of extreme emotional duress, like the loss of a loved one, could cause a woman to stop ovulating, but that's rare.)

"It helped me feel like I was working towards this future I envisioned. That little bit of physical pain was cathartic."

For some, the treatment may be just one more burden or appointment in an overbooked schedule, or a cost you can't afford. Hour-long sessions at the more popular clinics can cost upwards of $120 a pop, and most insurance companies won't pick up the full cost. A weekly regimen may require deep pockets or serious budgeting. (The acupuncturists we spoke with said they treat women for four to six months on average.) Is it worth going broke over? Dr. Grifo says no: "If you hate it, I don't think it's going to help you. This is by no means a panacea."

For others, acupuncture is a lifeline. Fairchild, who got pregnant four months after starting acupuncture and now has an eight-month-old baby girl, says it was the feeling that she was doing something—anything—to control the uncontrollable, that brought relief during the long and lonely months of waiting. "It helped me feel like I was working towards this future I envisioned. That little bit of physical pain was cathartic."

Cathartic might be the key word. Unlike Western docs, Eastern practitioners (the licensed ones who've studied Traditional Chinese Medicine—not your facialist who does acupuncture on the side) might spend an hour and a half during your initial consultation listening and asking questions, like a therapist. "Fertility is just about the most emotional thing a woman can go through, so when patients come in, we talk about all aspects of their life and mood," says acupuncturist and herbalist Giselle Wasfie, owner of Remix acupuncture in Chicago. 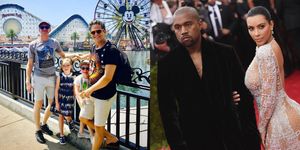 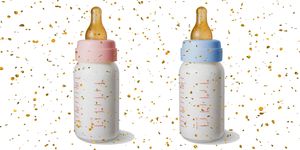 The Problem with Those Gender-Reveal Parties 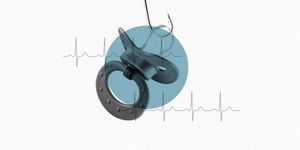 I Had a Baby—And a Heart Attack

As opposed to the scans and blood work done with an MD, Eastern practitioners rely more on talk and touch to find the root of infertility. They might study your tongue (a map of the internal body in Chinese medicine), take note of your complexion, check the "quality" of your pulse (i.e. whether it's sharp, soft, or choppy, which could indicate a blood deficiency or blood stasis), or ask seemingly bizarre questions like, "Do you feel lethargic when it's raining or humid?" (If so, that indicates you might suffer from "dampness," a pathology that Eastern doctors believe can inhibit fertility by obstructing the flow of Qi to the uterus, explains Wasfie.) "The goal is to bring the body to homeostasis, or balance, so it can carry out its natural functions."

For Shannon Terschluse, 30, who sought out an acupuncturist specializing in fertility after seven months of trying to conceive (and enduring long, unpredictable menstrual cycles), the sessions helped her get in touch with her body. "There wasn't a moment in the day I wasn't thinking about my cycles. I was getting advice and conflicting statements from so many different people about how to get pregnant. What I wanted was one person who had their finger on the pulse of my cycle and could tell me when to go home and have sex." After combing through data from temperature tracking and ovulation predictor kits with her acupuncturist, and following a steady schedule of two or three acupuncture sessions a week, Terschluse's cycles normalized. "What brought the most relief was that acupuncture was a time to regroup and reflect—my phone stayed off, the lights were dim, and I'd just listen to the sound machine or take a nap." Four months later she got just what she'd been waiting for.