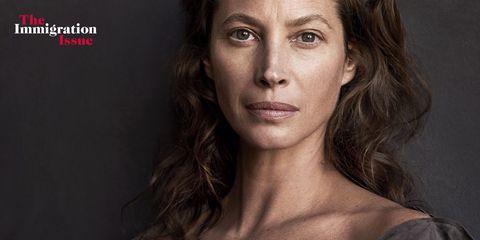 When I hear stories of parents and children separated and held in inhumane detention centers because of the Trump administration’s cruel “zero tolerance” immigration policy, I think of my mother. Many of the families torn apart come from El Salvador, my mother’s birth country, the smallest and most densely populated country in Central America.

My mother was born in San Salvador, the country’s capital, in 1939. About five years later, after my grandfather was briefly arrested for speaking out against the opposing political party and following the death of his son—my mother’s brother—in a choking accident, he left El Salvador for the United States to build a new life in Los Angeles. My grandmother, mother, and her surviving brother joined him there in 1948. In the few precious photographs my mother has from the day she arrived, she clings tightly to a doll, looking serious and unsure. But like many children who come to this land as strangers, she quickly learned to speak English and excelled in school. After graduating, she went to work as a flight attendant and married my father, a pilot, in 1966.

I was born in 1969, the second daughter of three. As children, we traveled to El Salvador on vacations. It was so close to California that it didn’t feel like we had left the country. What I remember most is the tropical climate and smells that came with it, wafting through open courtyards. On drives from my uncle’s home in San Salvador to their farm in the country, I became aware of the health and wealth disparities. Roads were unpaved and electricity was inconsistent, but it was peaceful.

I was in sixth grade when the Salvadoran civil war between the military-led government and the Farabundo Martí National Liberation Front broke out in 1980. As history would later reveal, the U.S. played a dangerous and controversial role—providing military aid to the government, which killed civilians and recruited child soldiers, among other human-rights violations—in a war that would result in some 75,000 deaths. Between 1980 and 1990, many Salvadorans felt they had no choice but to flee, and the Salvadoran immigrant population in the U.S. increased nearly fivefold, from 94,000 to 465,000.

By 1979, we were living in Miami. There was way more diversity in my new school than back in California; Spanish was spoken everywhere. Many of the families in our community were Colombian or Brazilian. Droves of Cubans were arriving by boat, as were Haitians. Racial tensions were palpable, and the asylum seekers seemed generally unwelcome. This was both a confusing and a conflicting time for me, as my identity was only beginning to form. When my modeling career took off at age 16, my mixed ethnicity set me apart. I had never been ashamed of my Salvadoran background, but now I was proud of the edge it gave me.

For many families, leaving is like a death; many never see loved ones again. It is a lose-lose.

Once I became a mom, I understood how you would risk everything to keep your child safe. A survival mechanism kicks in with a powerful force—and it’s not about the survival of one’s self: Motherhood is all about sacrifice. The stress of leaving your home and everything you know for what you have to believe will be safer is more than most humans could bear. I know well the heartbreak that comes with the decision to leave. For many families, leaving is like a death; many never see loved ones again. It is a lose-lose.

I have traveled to more than 80 countries, both before and since starting Every Mother Counts, my nonprofit dedicated to maternal health. Many of those countries are in the global south, and most have long histories of colonization and detrimental influence in common. The U.S. has not left these countries better than we found them, despite achieving economic growth because of them. Violence against women is no question a result of this legacy. The women who take the risk and reach their destination are often afraid to seek medical care, even when pregnant. They do hard manual labor and return to work too soon after delivering their babies. This is not advisable for anyone.

We can’t change the system until we acknowledge our part in it. And if we hold ourselves accountable and put ourselves in the shoes of others, we must have more humane policies and practices. How can we talk about our American values and treat families in this way? It’s time for reform.

Learn more about the maternal health challenges of immigrants in the U.S. in the documentary Giving Birth In America: California, airing in October on CNN.

This article originally appeared in the September issue of Marie Claire, on newsstands 8/16.

This content is created and maintained by a third party, and imported onto this page to help users provide their email addresses. You may be able to find more information about this and similar content at piano.io
Advertisement - Continue Reading Below
More From The Immigration Issue
Constance Wu Is Diversifying Hollywood
How Immigration Shaped These Top Female Execs
Advertisement - Continue Reading Below
Priyanka Chopra on Being a Working Immigrant
Female Leaders Share Their Immigration Stories
Camila Cabello's Story of Crossing the Border
Famous Women Tell Their Immigration Stories
Meet the Judge Fighting For Detained Children
The Women Fixing How the U.S. Treats Immigrants
"I Was Taken to a Huge Cage"
United We Stand