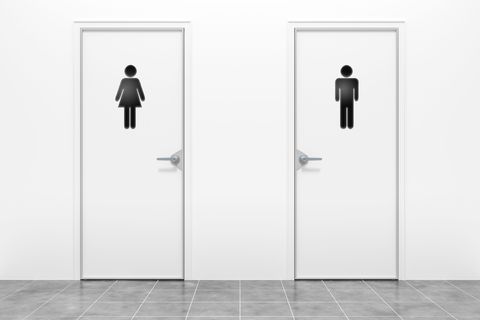 There are two discriminatory bills floating around the Texas state legislature right now. One would require trans people to use the public restroom that corresponds with their biological sex. Another would prevent cities from passing any form of pro-LGBT legislation.

At the root of these anti-LGBT efforts is a frustratingly dangerous myth: that it harms people who aren't transgender when they have to use a bathroom with someone who is. Even the slightest glimpse of a transgender person in a public restroom—so the argument goes—can be a scarring incident. Non-trans people must be protected from the sight of transgender people at all costs.

There are no studies showing that cisgender students are hurt in any way by sharing space with transgender people.

That's the assertion being made in courtrooms across the country, at least. In March, a Pennsylvania student sued his high school for making him share locker room facilities with a transgender classmate. The lawsuit filed on behalf of "Joel Doe" by the Alliance Defending Freedom (ADF), a Christian legal organization, claims that the plaintiff felt "embarrassment and humiliation" after seeing a trans student, who identifies as male, in shorts and a bra while they were both changing for gym class. The plaintiff claims that he lives in fear of the "future embarrassment of meeting students of the opposite sex in the bathroom when simply relieving himself."

The Arizona-based group frequently targets transgender people and has been instrumental in authoring anti-LGBT bathroom bills in 15 states. The ADF—which refers to the gender identity of trans people as "subjective" on its website—was also behind a similar case in Illinois last year. After a trans student successfully sued her district, winning the right to be treated like a girl at her Palatine high school, 63 students claimed that they were subjected to "humiliation, anxiety, fear, apprehension, stress, degradation, and loss of dignity" as a result. The bulk of the complainants didn't even attend the same school as the student in question. The New York Times reports that many of the ALLEGEDLY injured parties had never even met her.

The repeated insistence on the students' discomfort is both deliberate and irrelevant. Nobody's civil rights—whether people of color, women, or any other marginalized group—should be dependent on how said rights make other people feel. In the 1950s, white people may have felt uncomfortable with black people sitting at the same lunch counter as them—but that doesn't mean they didn't have the right to eat there. As advocates have been arguing for decades, anyone else's opinions about other people's inalienable rights don't matter.

Cisgender people can cry as many rivers as they like about trans rights, but it doesn't change the fact that no one is harmed by being in the restroom with a transgender person. Bathroom bill proponents may warn about predators targeting women and children, but over 200 cities already have laws on the books that allow trans folks equal access in all public accommodations, and not a single one of those cities—in the more than four decades since those laws were first enacted—has witnessed an outbreak of trans people assaulting innocent victims as a result.

If you're wondering why the issue is boiling up now, it's because of a right-wing backlash that has chosen to create a problem where there isn't one. The American Civil Liberties Union estimates that over 200 anti-LGBT bills will be introduced in state legislatures this year, largely as a reaction to the Supreme Court's passage of marriage equality in 2015.

Transgender people are disproportionately more likely to lose their lives at the hands of a violent crime.

While the ADF has warned that "forcing students to use the restroom with members of the opposite sex harms all students," there are no studies showing that cisgender students are hurt in any way by sharing space with transgender people. In fact, it might actually help them. Being understanding of other people's differences and learning from their struggles might make these teenagers better adults. Research from Columbia University has shown that LGBT-inclusive policies lead to fewer incidents of bullying in schools. According to Teaching Tolerance, a project of the Southern Poverty Law Center, "studies have shown that creating a supportive environment for LGBT students improves educational outcomes for all students, not just those who may identify as LGBT."

Conservatives' distortion of reality would be laughable if it weren't so toxic and offensive. Painting cisgender people as the victims of the trans community's plea for respect co-opts the actual struggles that transgender people encounter every day, even when doing something as ordinary as existing in public space. Transgender people are disproportionately more likely to live below the poverty line, face bullying in school, get fired from their job because of their identity, be turned away by a doctor, or lose their lives to violent crime. 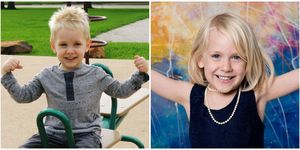 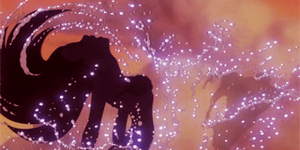 Why Ariel Is an Overlooked Trans Icon 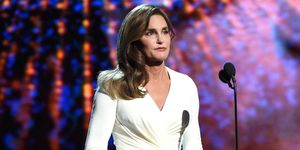 Here's the simple truth about every single bathroom bill and lawsuit that casts transgender people as a danger to public health: It's cisgender people that pose the real threat to the safety and privacy of trans folks. In fact, and perhaps ironically, 70 percent of trans people report being victimized, assaulted, or raped in a restroom at some point in their lives.

Thus far, 2017 has been a brutal and bloody year for the trans community: Eleven transgender people have been murdered this year in the United States. Tiara Richmond, who was shot in the arm, hand, and chest, became the second transgender woman murdered in Chicago's Englewood neighborhood in six months when she was killed in January. Chyna Doll DuPree, a well-known drag performer in New Orleans, was gunned down outside a shopping center on February 25. She was one of two trans women killed in the Louisiana city in 24 hours. Just two days later, Ciara McElveen was repeatedly stabbed and then dragged out of a car in the 7th Ward as she bled to death.

The uninformed complaints of a small minority will never be more important than the fact that trans people deserve to lead happy, healthy lives free of discrimination just like everyone else does. Transgender people aren't monsters. They want what the rest of us want: to go about their lives without having to worry that they will become the next trending topic on Twitter. The very least that the rest of us can do is help build a world where trans people get to have that privilege—and do something as mundane as go to the bathroom in peace.