Which Disney princess are you? Are you the determined, headstrong Mulan? The loyal, brave Pocahontas? The powerful, self-assured Elsa? It may seem like fodder for an internet quiz, but picking a Disney princess alter-ego can be an important means of self-identification for a young person. And for trans youth, latching onto a princess can be a way to feel seen and understood.

Which brings us to Belle, the newly dubbed "feminist" star of Beauty and the Beast. Belle is often given credit for kick-starting the progressive streak in modern Disney heroines, and it makes sense: She's feisty, well read, outspoken, and not here for chauvinism.

But there's another Disney icon whose significance to a marginalized group isn't getting its due: The Little Mermaid's Ariel, who has an under-appreciated trans message. Here, the reasons she's a more important icon now than ever—and why we should start looking at her differently.

Ariel's story is a metaphor for trans youth.

Think about it. Ariel feels trapped in a body that's foreign to her. She'd like to replace a prominent appendage (her fins) with something that feels more "right" (legs). She is all but disowned by her biased father, and misunderstood by her beautiful, traditionally feminine sisters. She collects artifacts that represent the life she'd rather be living. She surrounds herself with friends who are also considered outcasts. She's repressed by the expectations placed on her, and oppressed when she lashes out against them. 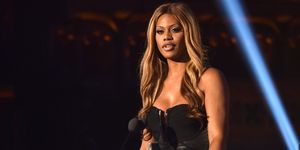 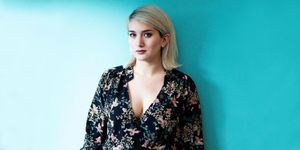 In 2015, PBS aired the documentary Growing Up Trans, which follows the lives of several trans children, including a 13-year-old named Ariel. She selected the name because of her love of the mermaid, whose story felt in line with her own. Real-life Ariel isn't alone. Numerous trans women have talked openly about seeing Ariel as a metaphor for their own journey—including London-based comic and writer Shon Faye.

"Ariel was always my favorite Disney princess," Faye told BuzzFeed. "I always strongly identified with her, probably because we're both trans women. I mean, I'm just transgender, whereas I guess Ariel is trans-species, but you know, getting here wasn't an easy ride for either of us."

Ariel's struggles reach their peak in the iconic song "Part of Your World," an anthem for anyone whose personal identification might not align with their physical presentation. She starts the song by acknowledging her privilege as a princess ("Wouldn't you think I'm the girl who has everything?"), but admits that she wants more, wondering aloud "What would I give if I could live out of these waters?"

"When I was little, hearing themes I was struggling with in 'Part of Your World' did me a lot of good," Jos Truitt wrote on Feministing in 2010. "If the Disney princess was singing about what I was feeling maybe I wasn't so alone, so weird and wrong, after all."

'The Little Mermaid' was written by a queer man.

Though there's obviously a huge and important distinction between being transgender and being gay, the fact that the man responsible for Ariel was bisexual speaks intrinsically to the story of oppression in the character's narrative.

The Little Mermaid was based on the beloved fairy tale of the same name by Danish author Hans Christian Andersen in 1837. Andersen was famously celibate, but also harbored unattainable infatuations with both men and women. The unreciprocated love he had for his benefactor Edvard Collin may be what inspired him to write The Little Mermaid (which originally had a much darker take on unrequited love and sacrifice), and lends new understanding to the film's origins as a tale of otherness.