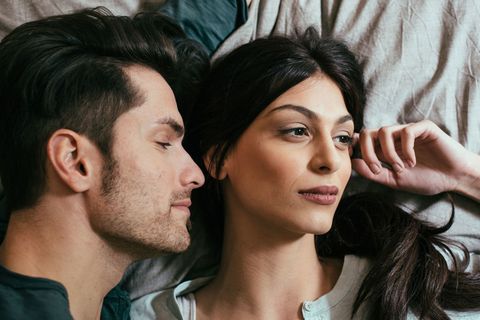 As a little girl, I took it for granted that I would probably meet the right person and get married one day and when I did, my last name would probably change just as my mother's had, just as her mother's had. As I grew older, the idea of taking a man's last name seemed less automatic to me, as did the idea of marrying at all. But when I started dating the man who eventually became my husband, it became quickly apparent to me that maybe I would wind up marrying, after all. When he told me he wanted to marry me, I agreed with the idea. We worked well as partners and I liked the idea of committing to our partnership.

Throughout the months of engagement, I wondered about my surname. I wasn't certain that I would keep it—I liked his last name better than mine phonetically and I wondered about the nuances of having different last names if we had children together. I wasn't sure that the issue of changing my last name or not was important to me, but I've never been too traditionally-minded, either. As the date and decision-making time neared, my instincts grew louder and my clarity on the subject sharpened: I couldn't change my name.

While planning our wedding, I found myself facing ethical quandaries throughout the process. The more I researched the history behind what I perceived to be relatively innocent wedding traditions, the more they seemed to be anything but. I am a feminist because I refuse to settle for less than equal rights between men and women and many modern wedding traditions are symbolic of the rights women have been decidedly not allowed to have throughout the centuries. With this in mind, making wedding-related decisions was difficult for me. This isn't to say that women who engage in these traditions or who change their name after marriage aren't feminists, but with equality for women in mind, many of these gestures became a little heavier for me.

To strip that identity away from me for the sake of tradition seemed absurd.

I didn't eschew every wedding tradition—my father walked me down the aisle and I'm glad he did. But I couldn't compromise on changing my last name. I've worked hard over the years for successes and experiences that are each tied to my name. My friends, my colleagues, and my acquaintances know me by my name. And I know me by my name, too. To strip that identity away from me for the sake of tradition seemed absurd by the time my wedding day rolled around. I considered the unfairness in me having to take the time to wait in lines and fill out paperwork for a new passport and license and everything else, all for the sake of tradition.

In the end, what made the most sense was for me to simply not change my name at all and for him to do the same. We weren't abandoning our pasts to start a new life together—we were two people, each with our own histories, agreeing to walk together where we once walked alone. My name does not define me, but it's a lot more relevant to who I am than my husband's.

When our daughter was born, we deliberated for days trying to nail down what her name should be. We wanted her to have his last name, but we weren't sure how—or if—we would incorporate my name into hers. It was my husband's suggestion to then give her my first name as one of her names instead, so she now carries his last name as her last and my first as her middle.

And me? I am who I always was—and that's exactly the point.

MC Poll: Did You or Will You Change Your Name with Marriage?

Is the Final Frontier of Marriage Equality When Women Can Get Down on One Knee?

Should We Really Give Amal Alamuddin a Hard Time About Changing Her Name?