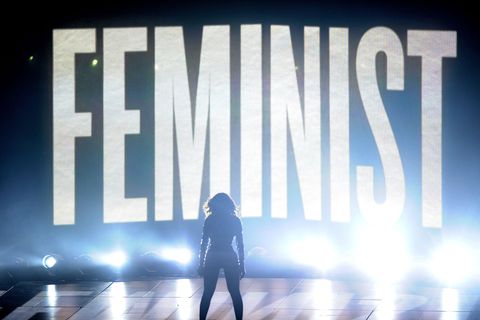 What does feminism mean? Nowadays, it's common for people to get into heated arguments over the definition, because no one can quite agree on one. But the truth is that while most people are on board with the simplest definition—equal rights for both sexes—there are so many more things that complicate the matter, and which make for some pretty intense debates.

This became especially clear when Cut Video asked women ranging from 5-50 what they thought of the word.

For some women, "feminism" has natural connotations of empowerment, and the entire ideal is essential because of the constant dangers of male oppression. But others feel that the movement has "gone way overboard" in certain respects, and that it's now just a "buzzword" that has lost any real meaning.

"What it started out to be about—gaining equality— has really lost all of its point," one 47-year-old said. "Because people who claim to be feminists often don't understand or accept other woman's choices."

Perhaps it's a sign that arguing and judging one another over life choices (i.e. whether or not it's feminist to wear heels or take your husband's last name) is clouding the bigger picture of feminism, and what we should really do is focus on its original, essential premise. Or as one 27-year-old put it: "It means we should be equal as men."