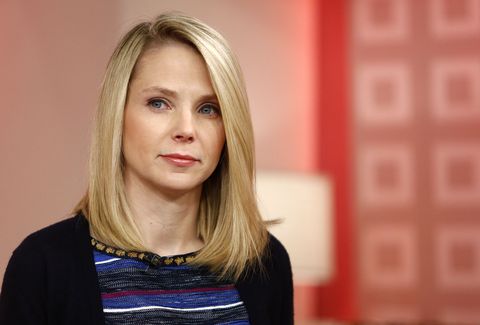 Marissa Mayer, CEO of Yahoo, is a little sick of talking about the fact that she's a woman. While her behavior and leadership has been analyzed by both critics and supporters, the fact of the matter is: Mayer is just trying to do the best she can for her company, and she doesn't want people speculating about how her gender factors in.

"I never play the gender card. The moment you play into that, it's an issue," she told Medium. "In technology we live at a rare, fast-moving pace. There are probably industries where gender is more of an issue, but our industry is not one where I think that's relevant."

With trying to propel Yahoo forward—with billions paid in acquisitions, including $1.1 for Tumblr—Mayer has a lot on her plate and is working toward a bigger picture.

"I do actually think now we're onto the transformative phase. In the beginning we had to build ourselves back up, walk before you can run. Now we're really trying to transform ourselves."

That's What She Said