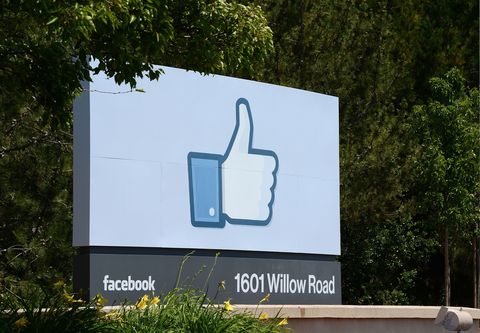 Facebook is offering employees at least $10,000 to move closer to the office, according to Reuters.

To get the one-time bonus, they have to buy or rent a place within 10 miles of the headquarters, which are located about 30 miles south of San Francisco. For families with kids, the bonus can be as much as $15,000, Facebook employees said of the policy, which was put in place about a year ago.

The company has famously been at the forefront of engineering a new wave of employee benefits, like 17 weeks of paid parental leave and a corporate "campus" laid out like a small city with a doctor's office, restaurants, communal bikes, and even a dry cleaner. And cutting a long commute to get there could be a big perk for some employees. (And, of course, could mean potential extra man hours for Facebook.)

"Our benefits at Facebook are designed to support our employees and the people who matter most to them at all stages of life," a Facebook spokesman said.

Many Silicon Valley employees live in San Francisco and take shuttles to the office and back. Facebook, along with Google and Apple, load up the company-specific, wi-fi-enabled buses starting at 6 a.m., and the commute takes up to  90 minutes. (It's worth noting that the bus drivers unionized in February and are therefore able to demand higher wages from Facebook. This could explain—along with gas costs and emissions concerns—why Facebook wants to incentivize employees away from using this service.)

Cruising down the 101 in a #DoubleDecker #FacebookShuttle. It's worth taking the later bus to avoid #SanFrancisco traffic! #SiliconValley #BayArea

Addepar, another Silicon Valley company, implemented a similar program, offering hundreds in bonuses to employees who moved nearby.

"Not having a long commute makes a huge positive impact on maintaining a healthy work-life balance," Lissa Minkin, the company's "vice president of people," told Reuters.

Still, others worry this could just mean more work. And not all the locals in nearby neighborhoods are happy about the influx of techies, which has lead to more expensive rents. "We're dealing with a huge displacement of lower-income individuals," Tom Myers, executive director of the Community Services Agency in Mountain View, told Reuters.

Either way, there will surely be lots of comments about the new status of the neighborhood. (Sorry/had to.)