Titanic is celebrating its 20th birthday (literally, how are we so old), and James Cameron is opening up about one of the regrets he had about the way he told the story. And no, shockingly said regret isn't to do with that SHAM of a raft that Rose refused to share with Jack, causing him to die a watery death of doom and despair.

But anyway. Apparently, Cameron received some backlash over his portrayal of real-life characters, especially William McMaster Murdoch, who he decided to have shoot someone before killing himself. There's no historical basis to this sequence of events, and no, Murdoch's family wasn't thrilled.

"In the case of First Officer William McMaster Murdoch, I took the liberty of showing him shoot somebody and then shoot himself," Cameron said during Sunday night's National Geographic’s Titanic: 20 Years Later with James Cameron. "He's a named character; he wasn't a generic officer. We don’t know that he did that, but you know the storyteller in me says, 'Oh.' I start connecting the dots: he was on duty, he's carrying all this burden with him, made him an interesting character."

He continued, "But I was being a screenwriter. I wasn’t thinking about being a historian, and I think I wasn’t as sensitive about the fact that his family, his survivors might feel offended by that and they were." 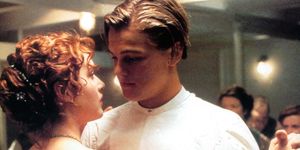 This deleted scene from Titanic is heartbreaking 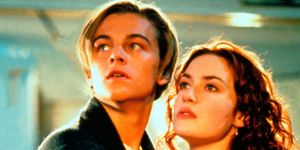 27 Things You Never Knew About 'Titanic'
Mehera Bonner Contributor Mehera Bonner is a news writer who focuses on celebrities and royals.
This content is created and maintained by a third party, and imported onto this page to help users provide their email addresses. You may be able to find more information about this and similar content at piano.io
Advertisement - Continue Reading Below
More From Celebrity
Bennifer Recreated Their 2002 PDA Moment
Why Harry's Memoir Release Date Has Upset People
Advertisement - Continue Reading Below
The Royals Are Worried About Prince Harry's Memoir
Gabrielle Union Debuted a New, Short Haircut
J.Lo Made Out With Ben on IG for Her 52nd Birthday
Harry Is Putting the Queen in a Difficult Position
Are Will & Kate Sending a Message to Harry & Meg?
Harry and Meghan Reportedly Have a Four-Book Deal
Naomi Osaka Lit the Olympic Cauldron in Tokyo
John Legend Performed "Imagine" for the Olympics