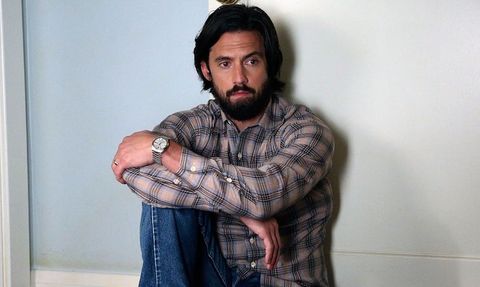 This post contains spoilers about This Is Us Season 2, episode 14, "Super Bowl Sunday."

Last night was the most-anticipated night of television this year: This Is Us finally explained how Jack Pearson died. (Oh, and also the Super Bowl happened.)

NBC's signature tearjerker drama has been dragging out the mystery of Jack's death for the better part of two years now and finally revealed the final pieces of the puzzle in a special post-Super Bowl episode. We've known a few things about Jack's death for a while now—it happened while The Big Three were teenagers, Kate blames herself for it, it involved a fire.

Ready to dig into how all of those elements came together? You should probably have some tissues handy, just in case.

The episode starts right where the previous episode, "That'll Be the Day," ends: With the America's Most-Hated Crockpot starting a fire in the Pearson home.

Jack is the first to notice the fire and he springs into action (obviously, because he's Jack Pearson), telling Rebecca to wet some towels before he braves the flames to rescue Randall and Kate (Kevin wasn't home the night of the fire). The Pearsons make it to the roof and rappel to the ground using sheets. At this point, they're all SAFE.

What a happy ending, right? If you wanted to stop watching This Is Us right there and pretend not to know everything you know about the future on the series, maybe, but obviously, there's more.

Jack reenters the house to save Kate's dog (cue her lifetime of guilt) and...somehow manages to make it out again with the dog and some of the family's valuables. The family goes to the hospital to get checked out and everything looks fine with Jack. Just when you think This Is Us is going postpone his inevitable demise for a few more episodes though, he collapses and dies of a heart attack, caused by smoke inhalation.

The death is shocking, devastating, and twisty—everything we've come to expect from This Is Us. Thanks to the show's unique storytelling structure, however, Jack will remain on the show as a regular character, even though we now know his fate.