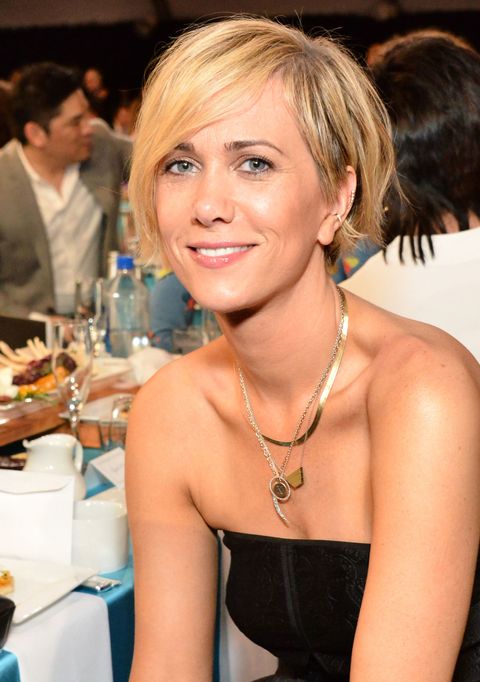 When a reboot of Ghostbusters was announced, we thought just the mere idea of a remake was beyond thrilling. But when it was revealed that the 2016 version of the '80s classic would be led by an all-female cast, we were excited AF. (Because girl power, obvs.) And plus: Melissa McCarthy and Kristen Wiig teaming up again? It just doesn't get any better—as anyone who's seen Bridesmaids knows. And let's be real here, *everyone* has seen Bridesmaids.

Well, maybe not everyone. Because much to our astonishment (and most likely yours as well), when news broke that the film would be reworked with a female flair, critics and Internet trolls alike bashed the idea of a women-driven action/comedy film. And as you might have already guessed, the backlash didn't sit well with the movie's main star, Wigg.

"The fact there was so much controversy because we were women was surprising to me," she told the Los Angeles Times. "Some people said some really not nice things about the fact that there were women. It didn't make me mad, it just really bummed me out. We're really honoring those movies."

Those "really not nice things" the SNL alum is talking about have not only been aimed at the cast (also including comedians Kate McKinnon and Leslie Jones), but at their director, Paul Feig, too. "I just don't understand why it's ever an issue anymore," he explained to EW earlier this year. "I've promoted both Bridesmaids and The Heat and myself and my cast are still hit constantly with the question, 'Will this answer the question of whether women can be funny?' I really cannot believe we're still having this conversation."

Neither can Wiig. "I think the fact that people keep asking it implies that it's something we need to explain or defend," she said, before quipping: "If [people] would watch movies or look at comedy and see how many talented, funny women are out there and have been since the beginning of time, people would stop asking that."

While she's proud of all funny ladies past and present, the 42-year-old realizes that at any rate, a long way to go remains. "The other side of it is we're still not there as far as opportunities," she added, pointing to Hollywood's predilection for men (ahem, gender pay gap anyone?). "But people are doing the work."