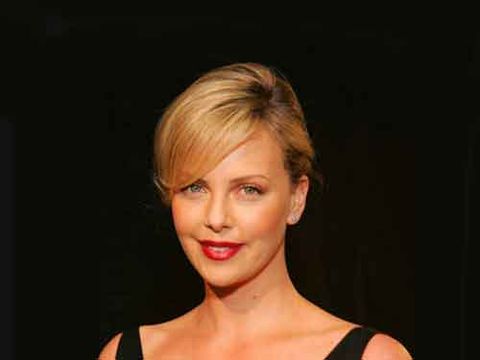 Q: East of Havana follows the lives of three Cuban kids wrapped up in the local hip-hop scene. How did you get involved in the project?

A: One of the film's directors, Jauretsi Saizarbitoria, worked in the modeling agency I was with in Miami when I was 16, and her family, who were Cuban exiles, kind of took me in. For years I was part of their storytelling, and I was very moved by it. In 2001, we went to Cuba and discovered this hip-hop scene that was happening.

Q: Did you feel connected to this Cuban story, since you left your home country, South Africa, when you were a kid?

A: I know the turmoil you have within yourself thinking what your life would have been like had you stayed. When you live in a new country with hope, you think, I'm fortunate, but what's the flip side? You never lose interest in the country your blood is from.

Q: So what is the significance of hip-hop in Cuba? Is it a symbol of self-expression?

A: At the end of the day, hip-hop is poetry. It's a way for these kids to open up about the repression they face. The youth in Cuba needs to heal, very much like the youth in South Africa.

Q: Speaking of South Africa, how does it sit with you that it's a nation of extremes: a tourist mecca, but the crime is off the charts, as is AIDS.

A:There's no quick remedy. Politically, what needed to happen in '94 [the end of apartheid] needed to happen, but it wasn't the answer to all problems. My point with the documentary is to say that change comes in small forms. There will be a changeover in Cuba, too, but it doesn't happen overnight. So let there be tools. Let there be freedom of speech. A lot of times, Americans will go, "Health care [in Cuba] is good, schooling is good; socially, everything is there for them." That's true. But is it really any better to be literate but not be able to speak your mind?

Q: It looks like Castro will die of natural causes now, after all those assassination attempts. How do you think he stayed in power for so long?

A: Well, that's what happens with regimes. When we look back on Cuban history, I think the biggest thing we'll feel is, it was just so unnecessary. The fact that there hasn't been any kind of communication between America and Cuba after all these years, it's just . . . it's like high school.

Q: So it's not who was right and who was wrong, it's the outcome. It's, how does this affect people?

A: Exactly. It's very problematic when we start looking at who makes these decisions for us, and we realize that it might not be in the best interest of the people. And we tend to look at just one person—but even if Castro disappeared tomorrow, his regime would still exist. At a certain point, the people have to take control.

Q: What are you working on now?

A: I'm doing a small part in Battle in Seattle. It sounds biased, but my boyfriend [Stuart Townsend] wrote a script that blew me away. The WTO meetings were incredibly important to the entire world. And I'll be doing a film with Will Smith next summer called Tonight He Comes that's a little bit more fun, just to kind of relieve myself from all of this.