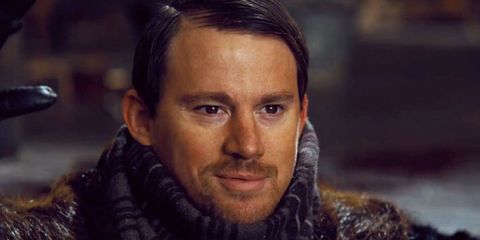 So they can keep secrets in the land of insiders and anonymous sources.

Unless you've already seen The Hateful Eight, you wouldn't know that Channing Tatum stars in the Tarantino Western as Jody, a smooth-talking gunslinger who, true to type, probably doesn't last more than 7 minutes on screen before being dispatched in a bloody manner. (It'll still be a fun 7 minutes, though.)

Watch the never-before-seen character teaser below, and say your prayers for Jody—just as you would any fool who goes up against Samuel L. Jackson.