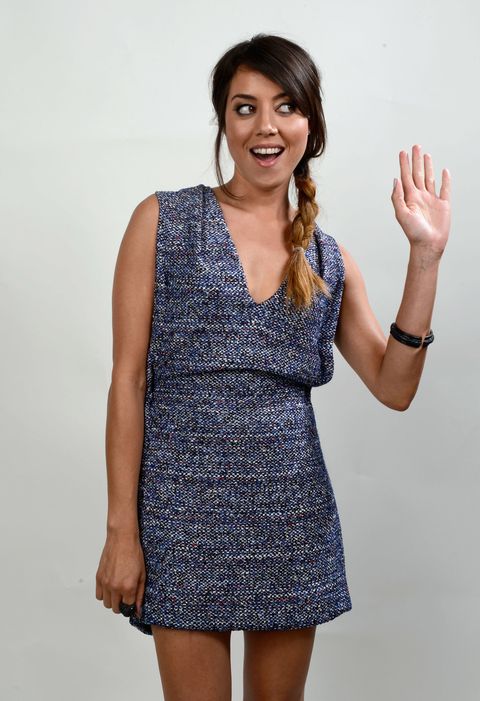 As the film's title suggests, Robert De Niro plays a dirty grandpa in Dirty Grandpa—which apparently means he had to film a totally casual sex scene with Aubrey Plaza. Also, said sex scene was 10 hours long, because De Niro is an Oscar winner and he takes this stuff seriously, mmmk?

Aubrey visited Jimmy Kimmel Live to talk about the graphic love-making (sorry) scene, saying it took "a solid nine, maybe ten" hours to film. "There was a lot of interesting stuff that went down, you know," she explained. "We didn't totally plan out the scene, so we didn't really know what was going to go down."

Turns out what went down was nipple sucking. "I'd try to get in there and suck on his nipples, and he was like batting me away, and I didn't know if it was in character or not," she said. "And then they'd cut the camera and [the director] called me back and was like 'Bob does not like his nipple area paid attention to.'"

PSA to everyone: Bob does not like his nipple area paid attention to, so please control your urges / bridle your passions.

"He's met his match with me," Aubrey said. "He's a dirty grandpa and I'm a dirty girl."

Words to live by.