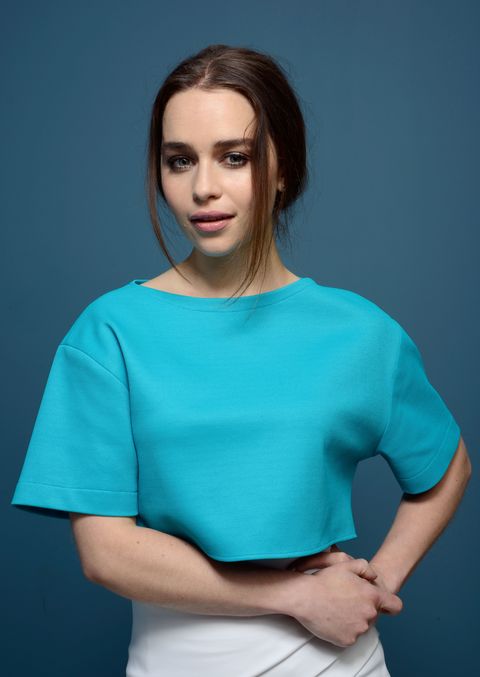 Please take a moment out of your busy schedule of "low-key obsessing over Jon Snow," because it's time to talk about how completely awesome Daenerys Targaryen was during Sunday's Game of Thrones.

The Mother of Dragons burned down the house in the most literal way possible, and emerged unscathed and nude—which is a big deal because 1) nudity on GOT is always a big deal, and 2) Emilia Clarke hasn't done a nude scene on the show for three seasons.

"I'd like to remind people the last time I took my clothes off was season three," Clarke told Entertainment Weekly. "That was a while ago. It's now season six. But this is all me, all proud, all strong. I'm just feeling genuinely happy I said 'yes.'  That ain't no body double!"

The star said she felt more comfortable with her nude scene this season because (unsurprisingly) filming in a closed set = way less awkward. "Taking off my clothes is not the easiest thing," she said. "But with the magic of the effects, I don't have to do a season one and go on a cliff and do it. I'm in control of it."

Game of Thrones gets a lot of side-eyes for the way it handles sex and nudity, but Clarke says she's ready for critics. "How many times has Michiel Huisman [Daario] been asked about the fact he's taken his clothes off a bunch?" she said. "Is that even a discussion? No. So I'm doing it this year and people can talk about it and I'm ready to answer any questions about it, basically."

No words, only fire emojis.