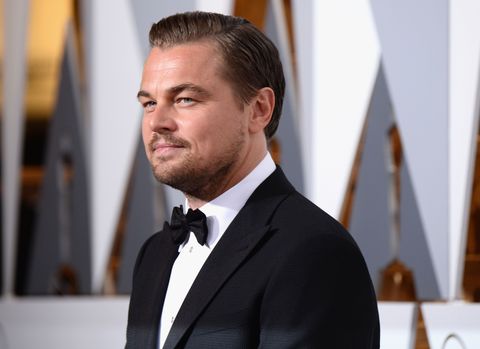 And here you thought Airbnb was the best way to rent a kickass vacation house. Turns out, you just needed to attend Cannes, get invited to the amfAR 23rd annual Cinema Against AIDS event, and have a cool $300,000 to bid on a week at Leonardo DiCaprio's Palm Springs abode.

He then offered it up for a second time at the auction and received $150,000 for it—half the first asking price, because I assume the novelty had worn off by then.

Fair warning: If you think the winners will be able to inspect every inch of Leo's stuff, you're probably be wrong—the estate has been rented out for stays since 2014. But Leo as a landlord? I'll take it.

Samantha Leal Senior Web Editor I'm Sam, the senior editor at MarieClaire.com.
Advertisement - Continue Reading Below
More From Celebrity
Khloé Kardashian Is Being Trolled Over Febreze
A 'Friends' Reunion Special Is Coming to HBO Max
Advertisement - Continue Reading Below
Katie Holmes Is in Head-to-Toe Chloé at Their Show
Ariel Winter Now Has Strawberry Blonde Hair
46 Stars Who Dated Before They Were Famous
Every Easter Egg in Taylor Swift's 'The Man' Video
Kate Middleton Does Some Sports in $38 Sneakers
Sarah Hyland Defends Ariel Winter’s Dress on Insta
Prince Harry Wants to Go by Just "Harry" Now
Ashley Graham Talked Breast Pumping in an Uber