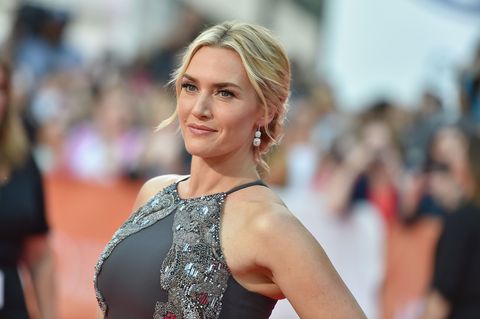 Kate Winslet is probably accustomed to life as a celebrity now that she has an Academy Award and several nominations under her belt, but in 1997 when Titanic came out, the fame and attention that resulted was more than a little overwhelming for the burgeoning actress.

At BAFTA's A Life in Pictures event on Friday, the actress opened up about her experience following the film's success: "It was a huge moment of course in my life. It was a big turning point moment. And my life did change really overnight."

#KateWinslet at this evening's Life in Pictures interview at @BAFTA195. pic.twitter.com/IpXPIeGFkA

"I remember people saying to me before the film came out, 'How are you going to cope? How are you going to not change?'" she added. "I would feel almost defensive and angry and think, 'Well of course I'm not going to change. I'm not going to change, what are you talking about?' And it truly did, overnight. I remember one day being able to go and buy a newspaper and a pint of milk, no problem, and the next day I actually couldn't get out of the house because of paparazzi. And that was a huge shock."

"I can honestly say I wasn't able to even really enjoy the success of Titanic because it was so frantic."

"My life changed overnight after #Titanic. Nothing can prepare you for that, it was overwhelming." #KateWinslet

Winslet admits she still loved the script and was especially fond of the relationship between Rose and Jack—even more so at the prospect of Leonardo Dicaprio playing the role.

"Leonardo DiCaprio's name had been mentioned as a possible Jack. And I actually read with some very well-known actors for that role which was amazing and great fun but I just kept thinking, 'Oh God I really hope he does it, I really hope Leo does it'.  And lucky for me he did. And it was a completely extraordinary experience but very, very hard. Really very hard."

"What Leonardo Dicaprio and I experienced with Titanic was pretty identical and we were really there for each other."

All things considered, we can't imagine their iconic roles being played by anyone else.

Sarah Lindig Senior Digital Editor, Special Projects Sarah Lindig is the senior digital editor, overseeing special projects for Harper's Bazaar.
This content is created and maintained by a third party, and imported onto this page to help users provide their email addresses. You may be able to find more information about this and similar content at piano.io
Advertisement - Continue Reading Below
More From Celebrity
Royals Knew of Meghan's Miscarriage Before Op-Ed
Royals Feel "Great Sadness" for Meghan and Harry
Advertisement - Continue Reading Below
How Celebs Are Celebrating Thanksgiving This Year
Kristen Stewart Is "Protective" of Princess Diana
How Meghan & Harry Are Spending Thanksgiving 2020
Obama Ran for President Against Michelle's Wishes
Joe and Sophie Are Planning to Grow Their Family
Gigi Hadid Shared a Selfie With Her Daughter
Diana's Brother Wants 'The Crown' to Warn Viewers
Chrissy Said She's In a "Grief Depression Hole"