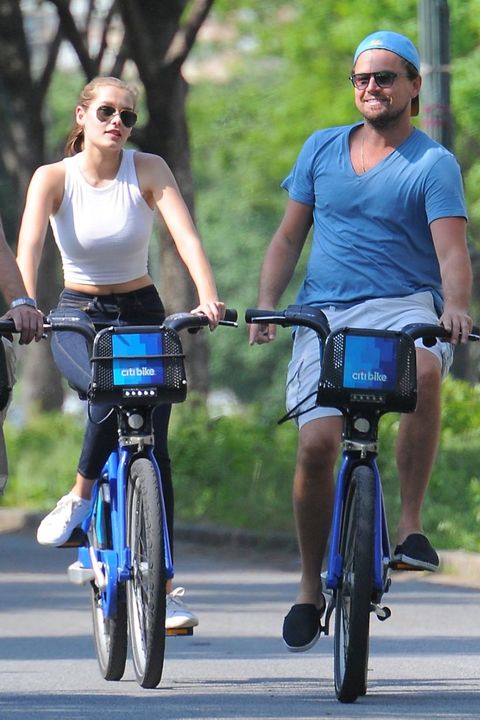 Ignoring the public's intimate knowledge of his dating technique—which can be summed up as "take models on CitiBike rides"—Leonardo DiCaprio and a mystery woman rented two-wheel vehicles and pedaled around New York City on Wednesday.

Hours earlier, the known bike-for-hire fan partied with Rihanna and model Nina Agdal, with whom he had been previously linked. This only goes to show Leo's dedication to both romance and fitness.

Scenery. Speed. Possibly getting doored by a cab. What more could you ask for on a date?