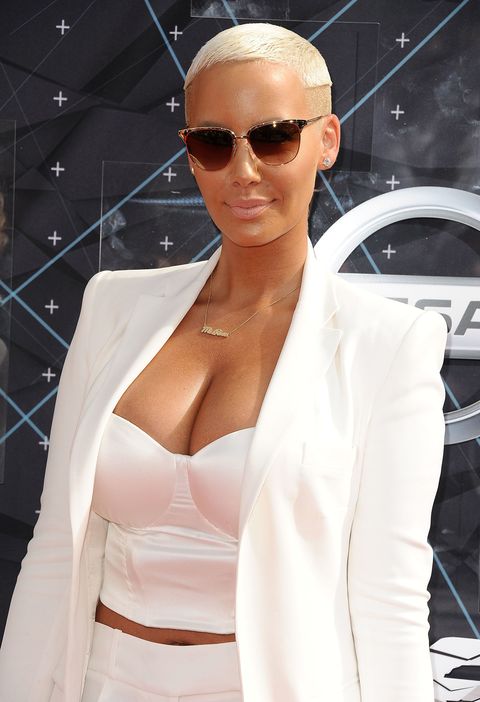 Channing Tatum started his career as a stripper, which the internet seems to think is both charming and folksy (and it totally is!). In fact, congratulations are in order because Tatum helped normalize stripping in Magic Mike, not to mention turn the tables on objectification. But, um, what about Amber Rose?

Like Tatum, Rose started her career as a stripper—but instead of being applauded, she's been insulted and judged. She literally had to wear a statement outfit at the 2015 VMAs just to drive the point home, that's how much hate she gets for her past.

"No one says shit," Amber Rose told Cosmopolitan South Africa (via Us Weekly) when discussing Channing Tatum's history of stripping. "He even made a movie about being a stripper! And everyone bought it, and they loved it, and they were like, 'Oh, my God, Magic Mike, we gotta go see it!' But if I did that, people would tell me I was disgusting."

Let's take a look at Amber and Channing's narratives to fully parse this thing out.

2. Made a (totally excellent) movie about it.

3. World was all clap-clap-clap, we love you.

2. Continues to be judged for it.

4. Is frequently described as "former stripper" despite being a successful business woman.

"I run eight businesses, I'm the CEO of my own company, and still I'm called a stripper," she says. "It's so ridiculous. We've had the same life, [Channing] and I, and I'm dumbed down for it. It's not his fault—it's just society."

This. So much this.