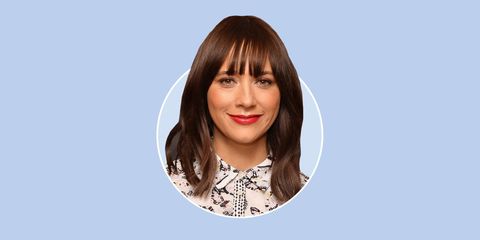 Marie Claire: Did you come out of Hot Girls Wanted knowing that you were going to do similar work?

MC: In this project, you focus on female creators. Did you go in with that kind of framing in mind?

MC: It's a very interesting look into how our brains are being rewired by technology. What was the most fascinating finding to you?

RJ: I think that you know, this whole hookup culture, we've witness the courting process disappear. And that's just what it is. I have no judgment on that. But I do feel there is a certain amount of distance and apathy that's created when you feel like there's a distance between you and the other people. So it's very easy to…when you have an app that sets it up where you very clearly swipe somebody's face off of your screen because you don't like the way they look, you're asking people to not appeal to their best selves. You're asking people to be brutal. And I think that sort of ghosting culture, and the fact that you don't have to look somebody in the eye and tell them how you feel, you can just write a shitty comment on their Facebook page or on their Instagram, I think we are normalizing this distance. As much as we're becoming singular with our technology, we're also, we're accepting this scrim of apathy. And I think it's hurting our relationships. And I really believe that there are a lot of things that come close, that are virtually relationships or connections, but there's really no substitute for whatever pheromonal exchange is happening in person—there's no substitute for that.

"If we can actually be consumers of product in a way that can affect the marketplace, we can change it."— Rashida Jones

JB: I think you know technology is moving so fast, and people are so connected but so disconnected. And, honestly, what kids see—that's always surprising to me. There's such a big disconnect between what kids see and what parents think their kids see.What exists on the internet is so surprising. If I wasn't doing this work, I'd never know what existed on the internet.

RG: We partnered with Indiana University and the Kinsey Institute, and we got to see data that was specifically relevant to this topic. And we have an entire generation that's being shaped by porn—their sexuality is being influenced in a real way. And I think that's why it's so interesting to see these very programmed behaviors in today's porn—pounding really hard or putting hands around someone's neck, choking—really aggressive behavior. What does that say about what people are learning?

JB: Exactly. We don't know. And you see that. You see that when we're filming at Holly's mom's house [Suze] and she calls it her "ranch that porn built." And she's amazing, but you could see her shaking her head as Holly recounts how she has to produce so much content. She has that quote that's basically, in her day she had three days to produce one shoot, and Holly has to produce three shoots in one day. And Holly—she's so self-possessed and really questions what she's doing, and I think it's so interesting because we kind of entered her life at a time when the industry is changing so much and she's questioning what's next for her.

MC: We're in a political climate that forces us to regularly confront sexual assault. How do you hope viewers will interact with this project in light of our culture right now?

RG: We were doing this before the elections were underway, but I hope this cracks open conversations. We're living at a time where the reality is that you know our president has openly admitted to sexual assault and has said terribly degrading things about women, and now we feel more revved up to continue this work, to really push people to talk about women and the way they're depicted and how sexuality is being shaped.

"We're living at a time where the reality is that you know our president has openly admitted to sexual assault and has said terribly degrading things about women." —Ronna Gradus

JB: The president's a role model for a lot of people. We can see, statistically, what happens when young minds experience certain things. And it seems that consideration is even more important now.

RG: And the great thing about Netflix is that viewership is vast—all kinds of people watch Netflix. So it's such an amazing opportunity to be able to show people intimate stories that make you think.

JB: We want to show the world the different choices that people can make.

MC: Are there other plans for more work of this nature? Another doc?

Hot Girls Wanted: Turned On will premiere on Netflix this year.

Samantha Leal Senior Web Editor I'm Sam, the senior editor at MarieClaire.com.
This content is created and maintained by a third party, and imported onto this page to help users provide their email addresses. You may be able to find more information about this and similar content at piano.io
Advertisement - Continue Reading Below
More From Erotic Sex Stories from Real Women
My Friends and I Swap Nudes as a Form of Self-Care
Inside the Wild World of "Pony Play" Sex
Advertisement - Continue Reading Below
My Prosthetic Arm Makes Me Feel Sexy
Confessions of a One-Time Sex-Resort Nudist
I Went to FetishCon and Here's What Happened
My Virginity Caused Me to Develop Vaginismus