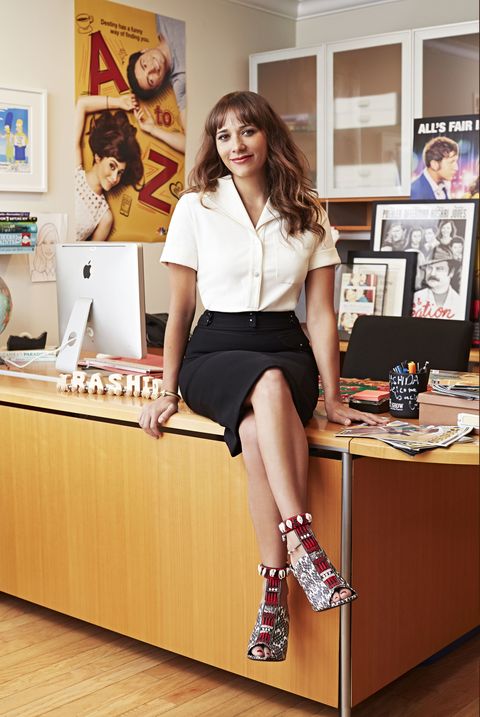 Deadline reports that the media-streaming service picked up the documentary for domestic and international distribution later this year. "Netflix is the ideal partner for us; not only do they understand this film but they're the perfect platform to reach the many people who need to see it," Jones said.

The movie is directed by two women (Jill Bauer and Ronna Gradus) and was made in partnership with the Kinsey Institute for Research in Sex, Gender and Reproduction.

Feminism, the advancement of sexual knowledge, and a story that desperately needs to be told—how could we not get behind this?

Day in the Life: Rashida Jones
Chelsea Peng I'm Chelsea Peng, the assistant editor at MarieClaire.com.
Advertisement - Continue Reading Below
More From Celebrity
How Goop's Vagina Candle Came to Be
Kim and Kourtney Throw Punches in New 'KUWTK' Clip
Advertisement - Continue Reading Below
Selena Spent Weekend Helping Solve a Murder Case
JFK and Jackie Kennedy's First Year of Marriage
Kate and William Dress Up for Dear Evan Hansen
Kobe Gave His Vanessa a Dress From 'The Notebook'
Will There Be a 'Bachelor' Spin-Off for Seniors?
Beyoncé and J.Lo's Nail Art Tribute to Kobe
Demi Lovato's Gorgeous No Makeup Selfie
Kate Middleton’s Brother Is Making a Documentary