A sex tape allegedly featuring Mischa Barton is being shopped around the internet, which is horrible, disgusting, and a reflection of everything that is wrong with society. But fortunately, Barton is fighting back.

The former O.C. actress tells Dr. Phil that a friend told her about the tape "several months ago," and that it was recorded by an ex-boyfriend who she's accusing of "complete emotional blackmail." 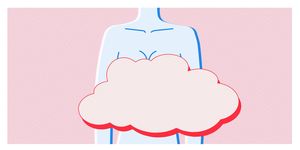 Barton said she's trying to move on from the tape, explaining that she needed to "distance" herself because "there's not much you can do....it's really out of your hands, and it was a crime."

"It really is a serious crime to tape people without their knowledge like that, and I had made a mistake to put myself in that situation with that person, so I just removed myself from it as quickly as I could," she said. "And then it just continued to be complete emotional abuse after that, for the last several months."

😞 at the way women are treated in Hollywood.