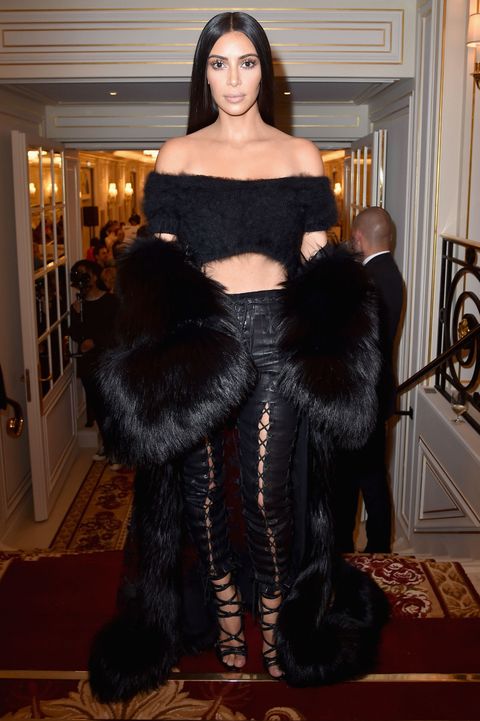 As she was battling her own fears about returning to public life after being robbed in Paris, Kim Kardashian received word that her husband Kanye West had suffered a "nervous breakdown." Now, in an intense new preview for Keeping Up with the Kardashians, we've got footage of her reaction to that phone call.

"Kanye had a show in Sacramento, and he performed a few songs and left early," she said earlier in the episode, as she discussed her concerns about his work schedule. "I feel really bad for the people that missed out on that show, and I know that he cares about his fans so much."

Then, while in New York City for an event honoring her late father Robert Kardashian, Kardashian learned of her husband's hospitalization from extreme sleep deprivation. Watch the promo here.

Chelsea Peng I'm Chelsea Peng, the assistant editor at MarieClaire.com.
This content is created and maintained by a third party, and imported onto this page to help users provide their email addresses. You may be able to find more information about this and similar content at piano.io
Advertisement - Continue Reading Below
More From Celebrity
George Won't Be Forced to Go to Boarding School
Diana Would Have Written a Memoir Too, Friend Says
Advertisement - Continue Reading Below
A Slice of Diana's Actual Wedding Cake Is For Sale
Matt Damon Trolled Ben Affleck and Jennifer Lopez
This Old Video of the Queen Saying "Nah" Is LOL
Diana Had a Secret Message on Her Wedding Shoes
Will's Friends Made "Jibes" About Kate's Mom
William Will Suffer "Worst" from Harry's Memoir
Simone's Boyfriend Sent Her the Sweetest Message
Harry's Friends Don't Want to Be in His Memoir