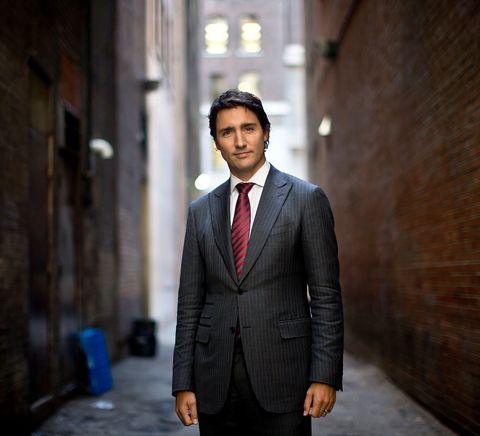 Today was a day. The GOP succeeded in toppling Obamacare, taking the first steps to replace it with a healthcare system that would make rape a pre-existing condition. It was the only thing that could ruin May 4th, AKA Star Wars Day, until one lone Jedi Knight swooped in from a galaxy far, far, away (Canada) to save the day.

Our lion-hearted hero had a meeting with Irish politician Enda Kenny, which he showed up to in Star Wars socks that he then proudly showed off on his social media accounts.

It's not the first time the Canadian prime minister has geeked out in public. In 2015, he and his wife dressed up as Han Solo and Princess Leia.

Save us, Trudeau. You're our only hope.