It's no secret that Marvel Studios has received some criticism over the years by feminist fans. (It's 2017, so where is our Black Widow film already?!) But despite being very white guy-centric and nearly always failing the Bechdel Test, the Marvel Cinematic Universe is full of subtle feminist messages. What's more, Marvel manages to pepper them into their stories without sacrificing entertainment or alienating anybody. Shocking! On that note, here's what you might have missed:

Toxic Masculinity is the widespread belief that the only way to be a "real" man is to repress your emotions, dominate other men, and treat women like disposable sex objects. At the beginning of Iron Man, Tony Stark is the poster boy for Toxic Masculinity—he bullies every man he encounters, womanizes, and drinks away his sadness and loneliness. In most franchises, a character like this is celebrated (cough, James Bond, cough). But Tony? He sees the error of his ways. Throughout the next several films, he develops genuine friendships with other men, settles into a committed relationship, and deals more openly with his deep-seated issues. As an audience we get to see how his life improves as he lets himself be vulnerable.

Pepper Potts Is a *Feminist* Damsel in Distress

The problem with damsels in distress isn't that they're women who need help—it's that they're often depicted as having no life outside their relationship to the hero. Pepper Potts is a non-superperson who lives with Iron Man, and as a result, finds herself in a lot of distressing situations. But Marvel makes a point of showing us that this is only one aspect of her life—she's a driven businesswoman with equal power in her relationship with Tony. The audience has a clear idea of the rich life Pepper lives independent from Tony's story, which elevates her from being *just* a damsel in distress.

Well, as realistic as Hollywood is going to get. When you get down to it, Jane's role in Thor certainly plays into a few stereotypes—she takes care of Thor when he crash-lands to Earth, teaches him the ways of American society, and ultimately becomes his girlfriend. But while most studios would have made her a "sexy scientist" (think mini-skirts, cleavage, and more interest in men than experiments), Jane dresses like she works at a college radio station. She's a brilliant physicist who isn't initially interested in Thor for romantic reasons—she just wants to figure out how he travelled from another dimension. (You know, like a real scientist would.) Jane only starts to bond with Thor when he teaches her about said other dimension, and their love is based on friendship and mutual respect. 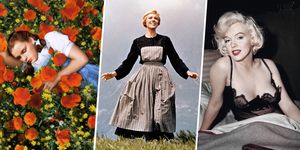 Also hailing from the world of Thor is Darcy—Jane's eccentric intern. She is, for all intents and purposes, the comedic relief—and her antics include ogling and pursuing men. Traditionally, when a female character actively expresses and acts on her sexual desire, she's either villainized for it, or victimized as a direct result of it. Darcy, on the other hand, is always firmly one of the good guys and never suffers as a result of being assertive. Considering that she's also a stand-in for many of the young women in the audience, Darcy's treatment in these films sends a subtle yet powerful message about changing attitudes surrounding female sexuality.

The world of Asgard values warriors who win battles based on physical prowess, a trait Hollywood traditionally associates with men. Loki is smaller than his peers. His own methods of fighting—including magic (usually associated with women), intellect, and negotiation—are seen as sneaky and dishonest, and he's constantly overlooked by his more "masculine" father. Meanwhile, women are passed over for promotions and seen as "other" by their bosses because they don't always fit into an office environment designed specifically for men. Granted, Loki's story would be more powerful if he had been a female character (and not the villain), but there's a reason women identify so strongly with his struggle. As he says to Thor: "I never wanted the throne—I only ever wanted to be your equal." Too many of us can relate to that.

Agent Carter Isn't Defined by Her Relationship with the Hero

Agent Peggy Carter is a determined woman who thrives in a male-dominated industry. She's Steve Rogers's love interest in Captain America: The First Avenger, but also his counterpoint—and the whole purpose of that film is to show that not all heroes are stoic men's men (remember Toxic Masculinity?). Peggy is a woman, but that doesn't stop her from kicking ass and saving the world. In fact, in Captain America: The Winter Soldier, we find out that she had a succesful career and happy life even after losing Steve, making her yet another female character who's defined by more than her relationship with the hero.

When movie ensembles only have one woman, she's typically relegated to being the emotional heart of the team—meaning she provides support to her fellow male team members, but doesn't actually do very much to further the plot. But in The Avengers, Black Widow is crucial to the team's success. Without her, Bruce Banner wouldn't have joined the team, they wouldn't have uncovered Loki's plot, Clint Barton would probably be under Loki's spell, and that portal into space would still be open. Take her out of the film, and the good guys don't save the day. And on top of that, she achieves all of this her own way—winning fights with skill, not strength, and out-thinking everybody. (Don't ask me what happened to her in later films. It's... problematic.)

Steve (AKA Captain America before he bulked up) is chosen to be a superhero not in spite of his small stature, but because of it. He's affectionate, expressive, values other people's input, and doesn't feel the need to be in charge. He's able to have deep, platonic friendships with women (without crossing into romance), and deep, platonic friendships with men (without getting all awkward about expressing emotion). Captain America has always been portrayed as the epitome of masculinity, so for Marvel to make him so in tune with his emotional side, so respectful of women, and such a team-player, just shows how much their definition of manhood is changing.

Objectification is obviously a huge issue for women in superhero movies. And Marvel chose to tackle this issue by turning it on its head and objectifying a male character. In The Winter Soldier, Bucky Barnes is turned into a weapon with no agency of his own. He is brainwashed, beaten, and has his memory stripped from him whenever he begins to remember the past and think for himself. It's horrifying, and the filmmakers take time to show how much Bucky suffers and how much his captors simply do not care—since to them, he's a tool. An object. Like Loki, it's sadly no surprise that women relate and sympathize with him. 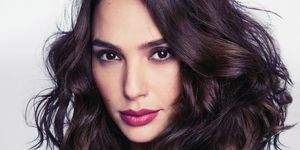