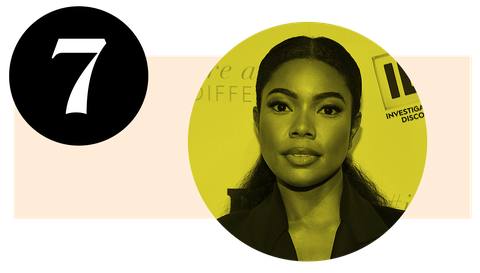 I had the privilege of being raped by a stranger. It’s weird to say that’s a privilege, but being raped by someone you know, especially if they are wealthy or famous, puts you behind the eight ball, because the automatic assumption is that it’s a shakedown. If the victim’s name isn’t well known; if she’s not from a wealthy family; or if she’s unmarried or divorced, if she doesn’t make at least six figures, then society says she’s a woman with an ax to grind—a false accuser who joined the bandwagon.

Which is why the white Hollywood royalty who came out against Harvey Weinstein were the “perfect victims” for people to rally around. They have access, they have opportunity, they have money—there’s no upside to them speaking up. So we’ve decided: Now, those women, we believe.

"There is no outrage—you’re screaming into a hurricane and no one is hearing you."

But the reality is most of us are not white Hollywood royalty. There are a lot of women of color saying, Damn, my story sounds exactly like those white women’s stories, but theirs are not being received or acted upon. There is no outrage—you’re screaming into a hurricane and no one is hearing you.

To me, the “perfect” victim is anyone who has experienced sexual violence. Just because we are conditioned by society to believe certain people are more built for abuse—and, historically speaking, we haven’t shed tears for a certain kind of victim—doesn’t mean they’re undeserving of our belief, our sympathy, our action, our movement, and our hashtag. We should rally around every victim because their pain is fucking real and valid.

Gabrielle Union is an actress and advocate for survivors of assault.