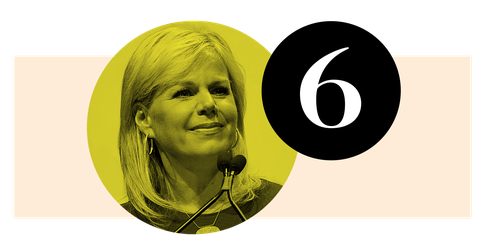 When a woman goes public with a sexual harassment claim, people frequently call her a liar, a troublemaker, difficult,and crazy. But you still don’t know exactly what you’ll face when you speak out—it’s like jumping off into an abyss.

After my lawsuit became public, it was announced that Fox News’ parent company was undertaking an investigation of my claims. Shortly thereafter, the leadership at my former employer changed, and I got a public apology. With that, people saw that a woman could be believed and there could be consequences for this type of behavior—it was monumental.

"People saw that a woman could be believed and there could be consequences for this type of behavior—it was monumental."

Thousands of women reached out to me, saying they felt a sense of victory through my case. That was essential because, for most of these women, they were never believed—they were demoted or fired, and never worked in their chosen professions again. My case was a turning point for women to find the courage to also come forward, and that helped set off the whole tsunami. It wasn’t so much watching me jump off the cliff—it was watching me jump and seeing that I came out alive.