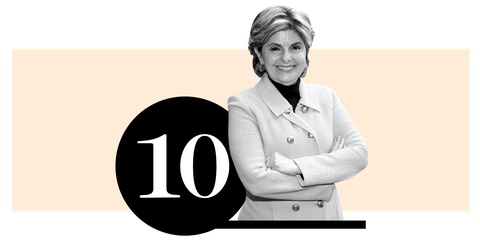 When possible, indicate that the behavior is not welcome. Write out a chronology of what happened and who, if anyone, was a witness.

Turn in a written complaint to HR, and keep a copy—otherwise the company may say, “She never reported it.” Many worry HR is paid by the company and, as such, it will not be fair. I understand that, but my response is: Report it to HR anyway.

Save Texts, E-Mails, and Instagrams

Harassers often send damaging information. Victims sometimes respond in ways that make it appear the harassment is welcome. But the victim shouldn’t say, “Oh, I guess I have no case.” She should consult an attorney.

Should I Record Him?

Seek the advice of a lawyer first, because in some states it’s a felony to record without consent.

The Clock Is Ticking

Be aware there are time periods set by law called statutes of limitations. If you don’t act in time, you may be barred from making a claim.

Call in the Experts

Don’t try to decide: Is this really harassment? Consult an attorney who specializes in victims’-rights employment-discrimination cases.

"Don’t let fear be the weapon that causes you continued suffering—fear only benefits the predator."

But I Can't Afford One

You can. Most attorneys do not charge for a consultation. If the lawyer takes the case and wins, fees are recovered from the settlement; if they lose, typically the employee will not have to pay.

Learn your rights so you can make an informed decision about whether to assert them. Many worry if they talk to a lawyer, something is going to happen. That’s not possible: Legal advice is confidential—the lawyer cannot disclose or take steps without your consent. Don’t let fear be the weapon that causes you continued suffering—fear only benefits the predator.

A number of people posting #MeToo are naming names. Some who post may be sued for defamation, libel, or slander. Everybody has a right to say these things online, but many are taking on a lot of risk, often for very little reward.

This content is created and maintained by a third party, and imported onto this page to help users provide their email addresses. You may be able to find more information about this and similar content at piano.io
Advertisement - Continue Reading Below
More From Culture
'Bachelor In Paradise' 2021: Everything We Know
Author Tahereh Mafi Shares Her Favorite Books
Advertisement - Continue Reading Below
'Virgin River' Season 4: Everything We Know
Could 'Manifest' Come Back for a Fourth Season?
Hang On, What's "ROC" at the Olympics?
Obsessed With the Olympics? Read These Books
The 'Friends' Cast Just Dropped Iconic Merch
Twitter Is Obsessed With Greg on 'Bachelorette'
You're About to Hear a Lot About Athing Mu
Meet the Cast of Katie's 'Bachelorette' Season