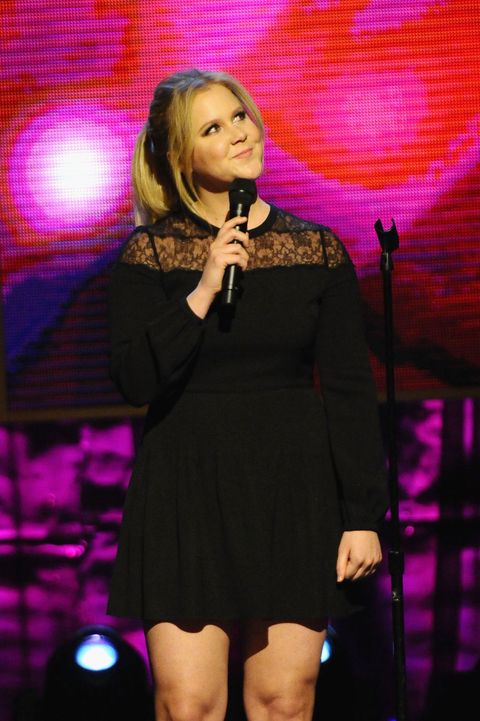 Amy Schumer just gets it. Her style of comedy—vulgar, relatable, and downright informative—always has us in stitches.

After the recent release of the trailer for her movie Trainwreck (which she wrote and stars in), the 33-year-old comic got media attention—but not in the best way. A critic said that her casting in the film was not believable considering "there's no way she'd be an object of heated romance in the real world," (go home, dude), and then she quickly shut that shit down with: "From the bottom of my heart, I could not care less."

And after yesterday's set on Night of Too Many Stars, she got real honest about what it's like to be a female in Hollywood. (While making it hilarious, of course.) Perhaps the funniest bit? After getting a trainer and going over her new meal plan for her movie debut, she has a revelation: "I said, 'I'm going to stop you right here. It sounds like from what you're saying...at times I'll be hungry. What's that about?' And he explained to me, like, yes, some people are hungry sometimes. And I was like 'that's crazy.'"

Watch it the set below:

8 Movies That Made Us Rethink Women and Sex